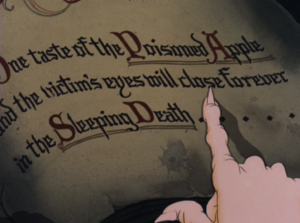 Last decade Apple was largely known for a cadence of hit products. You had the iPod in 2001, the iPhone in 2007, and the iPad closing out the decade in 2010. Steve Jobs passed in 2011. From then on, we’ve had the Apple Watch and, most recently, the Apple HomePod. The Apple watch is nowhere near the hit the iPad was and realize that the iPad itself seemed to go into decline shortly after Steve Jobs passed. The HomePod is too early (surveys don’t look great for it at the moment but it is early) into the market but given it is running against the dominant Amazon Echo which does more for about half the price prognoses isn’t very good for this product which, like the watch, broke the model of creating something that Apple could make look like everyone needed one.

At the core of this problem I think is a sharp pivot from a CEO who was a product guy and a CEO who is more of a process guy and a change in focus from product/customer, to Margin/Investor particularly large investors.

Let me explain because Apple is hardly alone with this.

The Unique Nature Of Product CEOs

Where you generally see product, focused CEOs is with founders. Bill Gates, Steve Jobs, Michael Dell, and the Watsons at IBM were all founders and they came up with their firms and, because of that, had to be really good at pitching and understanding the product and, in a way, being able to channel the customer.

Subsequent CEOs are often selected because the board, generally made up of folks more focused on bottom line performance than customer engagement, prefer people that can speak to financial performance. That wasn’t true in Apple’s case though, in Apple’s case Tim Cook (according to Yukari Kane book “Haunted Empire”) was selected by Steve Jobs not because he would make a great successor, because Jobs believed he was coming back, but because Steve believed that when given the choice of Cook and Jobs, the Apple board would always pick Jobs. This was why Steve Jobs seemingly got upset when Cook did well, it made it harder for him to return. Sadly, he was never going to come back but that is how we got a process guy running Apple and Cook has actually done a great job, much like Ballmer did at Microsoft, financially.

But, like Microsoft, the years post Jobs have taken the firm from one that released exciting new products every 3 or so years to a firm that is steadily increasing prices and focused on reducing costs often to extreme levels.

The problem with focusing on prices and costs in a competitive market is that you can only go so far. If the iPhone comes out over $1,000 as it is rumored to be priced at the same time it has been crippled by internal cost cutting the market could easily revolt. This could take the form of iPhone users not trading up to the new phone or them taking the far more difficult path of moving to an Android device like the new Essential Smartphone or Samsung S8 which is currently believed to be the best phone in market.

If this happens Apple’s profits and margins would begin to collapse and while Apple’s massive reserves could sustain the company for an extended period, as it was in the 1990s, the firm’s executives and many of its employees, investors, and customers would migrate elsewhere. Though, even if the iPhone 8 is solid, and there is still a reasonable chance it will be, we are approaching the end of the current decade and the last real hit Apple had was the iPad and even it has fallen off the hit parade a lot of late.

In the end whether you look at Apple, Microsoft, or the short time that Michael Dell didn’t run Dell you see a near constant pattern. When the company is run by a product focused CEO there is better customer engagement, a higher quality perceived in the product, and generally better overall company performance. When it isn’t, you’ll still see good financial performance, often even better for a time, but then innovation drops off, excitement about the products drop off, you see an increase in product mistakes, and product quality tends to tank due to good employees being laid off or leaving voluntarily and excessive cost cutting with the suppliers (in hardware firms anyway).

Apple came back the first time when Jobs returned, Dell came back when Michael Dell returned, and Microsoft came back when Nadella, who was more like Gates, took over for Ballmer. It isn’t that Cook isn’t working his butt off, or that Ballmer didn’t for that matter, it was just that for a product company you need someone passionate about the product not about the bottom line. I have a sad feeling we are going to relearn this lesson a lot this decade.

The Xbox One X: The most powerful Console?

Can Microsoft’s Xbox One X Take on Sony’s PS4?