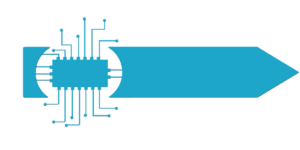 The US Chips and Science Act took over a year of negotiations to pass and contain provisions that supply around $11B in semiconductor research and development. To begin to make use of this money, over 100 companies in the technology sector including IBM (who hosted the briefing) have come together to form the ASIC (American Semiconductor Innovation Coalition).  This is a broad effort to help address the dire situation the U.S. Semiconductor industry is in because of the pandemic, Ukraine War, and China’s increasing hostility toward Taiwan. Taiwan is where most of the world’s microprocessors are currently manufactured, with most of the rest manufactured in China.  As you might expect, China is not a fan.

Were there a protracted conflict between the U.S. and China, China would be able to prevent the U.S. from receiving much of the technology it would need to replace or advance weapons systems, putting the country at a severe disadvantage. Fixing this problem and returning the U.S. to both market leadership and independence is what the Chips and Science Act is set up to fund, but funding is only the first part. ASIC has been organized to assure the strategic goals the Chips and Science Act enables are achievable.

Let’s talk about ASIC this week.

ASIC is a brand-new organization, and though it already has 200+ members out of 100+ institutions, it is not yet complete nor are its plans fully formed. Operating with an initial large Steering Committee that should evolve into more focused forums including an Advisory Council, this organization already has powerhouse companies like IBM and NVIDIA backing the effort.

The group has several important missions that span coming up with innovative new technologies and ideas to helping establish improved educational resources with a focus on creating the next generation of employees capable of building and running new, innovative, and improved U.S. domestic semiconductor entities to serve the massively growing demand for this class of part.

With education, the group is creating a five- to ten-year planning cycle to deal with the long-term educational needs that this segment will require while assuring this growth is equitable and assures diversity and inclusion. This last is important because the tech industry is infamous for misogyny (Brotopia) and has a history of being anything but diverse (Technically Wrong) historically.

The firms like IBM driving this effort have been recognized for their diversity and inclusion efforts already, which helps assure these long-term goals to correct the technology industry’s historic lack of diversity will be successful.

Specific mandates for this group will include:

While ASIC is also somewhat tied to the NSTC (National Science and Technology Council) and uses Albany Nanotech in New York as an organizational model, it is a new entity that has been created to help make use of part of the Chips and Science Act.  ASIC, while in its infancy, is set up to help turn this Act into a true power for U.S. technology independence and leadership and to offset China’s potential attempt to corner the semiconductor market and put the U.S. at an even more severe long-term disadvantage.

Neither the Chips and Science Act nor ASIC stand alone. Each needs the other to accomplish the critical long-term development and educational requirements the Act spells out. ASIC is a powerful, well supported effort to assure the long-term future of U.S. semiconductor innovation and market leadership.