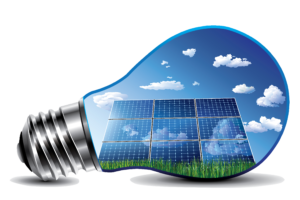 If you’ve ever been a road trip and seen giant solar panels on top of buildings and houses, you’ve witnessed solar power in action. But many people don’t know too much about how it works besides the vague notion that it’s an environmentally sound method of producing energy. And, since solar power is still an energy source that hasn’t enjoyed a lot of widespread use, it’s tempting to think of it as a novelty. Yet that short-changes the potential of solar power, which is largely untapped and generally less expensive than the types of energy sources that tend to befoul the environment.

The people who learn about solarpower and discover the numerous benefits and relatively few negatives that are associated with it often come away impressed, according to the CEO of American Power and Gas, “Many so-called environmental solutions fail the practicality test, as they seem great in theory but struggle to do what’s needed for people actually living in the world,” he says. “Solar doesn’t suffer from that problem, yet it is hamstrung by the fact that many people don’t understand just how valuable it can be in many ways. As with so many other aspects of life, learning about something like solar tends to destigmatize it and gives it the chance to catch on with people on a wider basis.”

One company that specializes in several forms of renewable energy is American Power and Gas; don’t waste any time before checking out all they have to offer. Meanwhile, here are a few things that people need to know about solar power, both in the plus and minus column, so that they can make an informed decision about it when the time comes.

You don’t have to look too far into the news to hear about the depleted supply of many natural resources that have been mined to the hilt for energy. But solar just rolls on a byproduct of nature. That is what is meant when people talk about sustainable energy, and that’s why solar energy should be taken very seriously by all those looking to combat the drain of other resources.

Because solar power has not been heavily utilized on a widespread basis, at least not when you compare it to other resources like oil, relatively few projects have been undertaken to harness the benefits of solar and then mass-produce energy from it. That means that the potential for new jobs springing up from these projects could help knock down unemployment totals.

Solar power does have some issues that cause people to pause when considering it. For example, when the sun is not shining, there is no generation of energy. The generation of power is mostly affected at night and during winter months. Most people have now invested in large capacity backup systems, which store considerable quantities of the power to be used when the sun is not shining. However, investing in backup systems can ramp up the overall cost of installing a solar panel. It mostly ends up not adding value to the solar energy technology.

A Ray of Light

Despite numerous bills and tariffs imposed on solar usage, this form of energy is still very much in demand and has sparked a number of political and economic debates of controversy. However, with all that, the US DOE allocated nearly 31 billion dollars to energy research, a sizable portion specifically to alternative energy options such as solar and other clean forms of Energy.

None of these problems seems insurmountable, at least not when you consider how many items are in the “pro” column when it comes to Solar. Read up on it today and find out how it can impact your life.

5 CES 2018 Innovations Which Do More Than Amuse Us