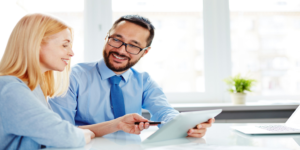 Claims management software has been instrumental in helping consumers make compensation claims in the UK after the PPI mis-selling scandal.

During the 1990s, Payment Protection Insurance (PPI) was commonly mis-sold to millions of consumers. The banks sold the insurance alongside credit cards, loans and mortgages. Although the insurance was a good product, the banks realized how lucrative the product was and forced employees to sell it to customers. Misleading tactics involved telling customers it was compulsory or simply adding it without a customer’s consent. Now millions of individuals are due refunds on one or more PPI policies.

To date, the banks have repaid over £32 billion to consumers. But, the PPI scandal will soon come to an end. The Financial Conduct Authority (FCA) imposed a deadline for all those wishing to make a claim. Consumers now have until 29th August 2019 to claim for mis-sold PPI. The aim of the deadline is to encourage those who have not yet claimed to do so. The countdown is on for consumers, the banks and claims companies.

Hundreds of PPI claims companies emerged when the mis-selling scandal came to light — some were more reputable than others. Many of these companies demanded upfront fees for doing the work on behalf of customers but never delivered a result for clients — leaving them out of pocket and unaware if they needed to try and claim again.

After a clampdown on companies and new regulations imposed by the government, there are a handful of PPI claims companies left. These companies will identify mis-sold PPI on behalf of clients and take a small cut of a successful claim.

Those companies who have succeeded in claiming for consumers are currently trying to process as many claims as possible before the deadline. Their success has been thanks to effective claims management software. The software enables companies to handle a large volume of claims and keep on top of each one by having all the information stored in one location.

Some of the top features of claims software is automated responses and chaser letters to both banks and clients, barcode scanning functions that can link incoming documents to the correct case. They should also be compliant with all new GDPR regulations. In addition to this, the software is user-friendly, enabling employees to manage cases swiftly and check the status of each claim.

What Will Happen after the PPI Deadline?

The PPI deadline has caused a problem for those claims companies who are solely focusing energy on these types of cases. As of August 2019, these companies will no longer be in business. What area will they turn to next?

Claims software is versatile and can easily be modified to be appropriate for another type of claim. Handling another kind of claim seems like the logical step for these businesses. Handling cases about flight delays or mis-sold mortgages could be a market for claims companies to enter into. But, another financial product which may have been mis-sold is payday loans. Complaints about payday loan lenders increased 64% according to The Financial Ombudsman Service — this market could prove fruitful for claims companies to continue their claims processing service.

The steep rise of payday loans is one of the reasons for large payday loan lender Wonga, entering into administration. The surge of compensation claims against the company meant the business suffered significant losses.

With knowledge about processing claims and already utilizing claims software, many PPI companies will rely on their claims management software to ease the transition from one claims market to another in 2019.

APIs Every Mobile Workforce Must Have

Build Your Business Applications Using Salesforce DX Like Never Before