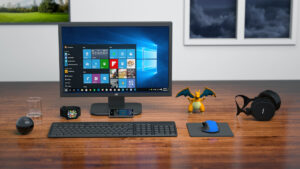 One of the first things anyone learns when they start working with computers is how to use Microsoft Office. Powerpoint is used for school presentations. Word is what most students type their papers on. And any basic college course remotely related to business will teach you the ropes with Excel.

However, the basic usage of this isn’t enough to keep you moving quickly in a high stress business world. Office is a great tool, but like any tool, not knowing how to use it can keep you from reaching your maximum potential with it. It only takes a little bit of time to learn how to use these programs more effectively. So without further adieu, here are a few tricks that have been coded into Word, Excel, and Powerpoint that will advance your capabilities you may not have known about.

First, let’s address that a lot of businesses are now using Google Docs. Not only is it free, but Office 2019 isn’t cloud-oriented, which is intentional on Microsoft’s part (though cloud users can use Office 365). Maybe you’re used to an older version of Word, or you’ve only been working with Google Docs. In that case, buckle up, here’s what’s changed and what you need to know!

Gizmodo did a great article highlighting some of the best tricks you can use in Microsoft Word 2016 (the most recent version not related to Office 365). Some of the highlights were halting the effects of future eye strain by switching to Sepia in the “read mode,” programming your own autocorrect rules, and using custom ribbons. A big part of being effective with Word, and all Office programs for that matter, is just being aware of the best keyboard shortcuts. You can use Ctrl+H to replace all images at once, Ctrl+F3/Ctrl+Shift+F3 to add text to a spike, and so on. Learning these shortcuts would save most of us a lot of time, which is a fair trade for the short amount of time it takes to learn them.

Now at the end of all of this, one of the most overlooked things in Microsoft Word is the “Tell Me What You Want To Do” bar. If there’s something you want to do and you can’t figure out how, Microsoft programmed a search bar to go through all of Word’s functions and capabilities. So if you’re reading this and thinking “but, what about ______?” you can ask Word itself and if it’s doable, it will tell you—don’t underestimate this bar.

Excel may more obviously show the benefits of C++ than other Microsoft programs, though it’s used in many of them. You can see the programming language in how many functions Excel itself offers to its users. One of the most brilliantly designed Office softwares, it’s also one of the most technical of the bunch. However, a strong grasp on it makes data easily organizable, and is worth the time it takes to learn.

It’s time to go beyond simple rows and columns, however. Being a master at Excel has a lot to do with tricks, not always backend knowledge. For instance, one of these is a shortcut to adding values starting with 0. Even with it being possible in older versions of Excel, it’s still not a trick many people know about. Adding values and lists starting with 0 without re-formatting the cells can become less time consuming by entering a single quote mark ahead of the 0.

Now, creating functions is one of the most complex tools in Excel, but also one of the basics you should learn early on. To take it to the next level, you can create shortcuts with the use of the Macro Toolbox, which allows users to shortcut functions and actions they perform often within the program. Once you have that mastered, your data organization in Excel will go much more smoothly, efficiently, and quickly. And with a program as technical as Excel, that’s a good thing to have.

Now unless you’re giving a lot of presentations, it may have been a moment since you used Powerpoint. As with any software or computer, refreshing and updating it is important, so first make sure you have the most updated version of this presentation mastermind. Powerpoint is still a very important program for those giving occasional or semi-regular presentations. The reason being its reputation and use as a standard presentation software.

One of the newest Powerpoint tools is making Design Ideas, a design automation feature. Seeing as powerpoint is about visulas, it only makes sense that you would be able to have more control over the placements and aesthetics than ever before. With animations, you also have more control than you would have in early versions of PP. This is due to Motion Paths, a function that allows you to control the path of your animation. While charismatic animations aren’t usually the best choice in business presentations, the option is there.

There is one other advancement worth covering, and that is screen simulations. You probably were not taught about this, but say you’re using PP for a tutorial. By using the insert tab and the option titled “Screen Recording,” you are able to record an action you’re doing on your computer to later use in a tutorial. This is a beyond-basics move that’s incredibly useful in business-world presentations.

What are some of the tricks you use in Microsoft Office programs? Let us know in the comments below!

Mistakes that you should avoid when using a slow cooker.

Things you should never overlook when buying a used iPhone.