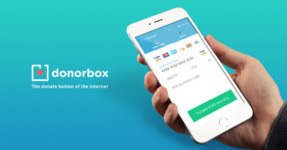 When preparing a meal, when you have one thing on the cooker can mean that you have no time to handle other tasks. Otherwise, the food might get overcooked. Technology has also advanced in the kitchen and one development that has been embraced by many families is slow cookers. Slow cookers are really a lifesaver as you can handle other tasks without the worry of your food overcooking.

Slow cookers can literally cook any type of meal, from oats, soups, meat, and dessert. If you are looking to make a perfect meal, it would be ideal to have a slow cooker in your kitchen. All you need id to load it up with ingredients and leave it to cook for some time.

Sometimes, when using a slow cooker, you may be stuck in an area where you are unable to look after the food that you are cooking. If you are looking to buy a slow cooker, and you are unsure of how much time they may need to get the food ready, it is recommended that you get a Wi-fi slow cooker. This enables you to control your cooking remotely and it eliminates the worries that the food may not be perfectly done.

A WI-FI slow cooker is handy in various aspects in that, when connected with its app on your phone, you are able to look up for different cooking recipes that help in bettering your cooking prowess.

When using a slow cooker, there are dos and don’ts. Below are some major mistakes that you should avoid.

You should not overfill or under-fill your cooker

Slow cookers are the ultimate cooking machines as they produce perfectly-made foods. If you want to get the best results, you should put the right levels of ingredients and liquid. It is recommended that you should never feel your slow cooker more than three-quarters. This will allow proper circulation of heat for thorough cooking. It also maintains a steady temperature in the pot thus instead of boiling and burning the foods, it simmers them to perfection.

You should not cook your recipes past the suggested time.

You should only cook recipes as long as it’s suggested in one of them. In every recipe, there is the suggested time and temperatures recommended. Based on the model of your slow cooker, there may be few adjustments. The bottom line is that you should learn how a recipe works while cooking with a slow cooker and from the second time, you may make adjustments to fit your preferences.

You should never open the lid when cooking.

It might be quite tempting to open the lid to find what’s going or even taste. You should never do this. Normally, slow cookers work by trapping heat and cooking the food for a substantial amount of time. Opening the lid makes the cooker to lose heat and this may take some more time to get the heat back. If you have to open the lid, it should be as brief as possible.

You should not add too much wine or liquor.

Unlike when using the stovetop which boils the liquor, when cooking with a slow cooker, you should note that foods don’t boil thus it will not boil the liquor. Instead of using subtle wines, which may end you giving you a really harsh flavor of raw alcohol which is not appetizing at all. If you get a recipe that requires you to use wine, you should use the right given amount. You can use the wine to deglaze the pan after browning the meat.

By avoiding the above four major mistakes, you can rest assured that you will not only get perfect cook but it ends up saving you a lot of time as you are able to tackle other tasks.

Back To School: It’s Time To Consider An AMD Notebook

Microsoft Office: Beyond the Basics