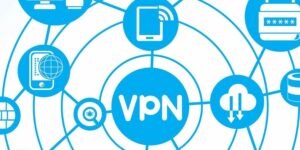 There are many Service providers across world offers Virtual Private Networking (VPN) Service but consumer should have the basic knowledge about functions and the working technology behind VPN. Otherwise for the user subscribing for VPN service to a provider might not be so fruitful for him.

What is VPN and how it Works

VPN stands for Virtual Private Network is a method to connect the private or public network more securely. There are two types of VPN connections:

This VPN connection establishes a point-to-point connection between the client computer of the VPN and any organisation’s server. It enables user to access the server on any private network through the infrastructure provided by a public or shared network, such as the Internet. Data is encapsulated with header that in an indecipherable mode without any encryption keys that emulated in a point-to-point link.

To provide security and privacy VPN works differently. There are three fundamental features that make a Virtual Private Networking system. Tunnelling, encryption, and authenticated connection are the features that provide a fully functional VPN. To provide security and privacy VPNs encapsulate all online data transfers by using some advanced encryption protocols and secure tunnelling techniques. These advanced encryption protocols run on different Operating Systems like Windows, Mac, Linux, Android, iOS and so on. Here are some examples of common protocols used in VPNs.

Point-to-Point Tunnelling Protocol (PPTP) uses a TCP control channel and a GRE tunnel to encapsulate PPP packets.Once it was popular for its simple setup on VPN but in later days the security issues came under question. It is still in use but not most secure.

This advanced Layer 2 Tunnelling Protocol (L2TP) uses in combination with Internet Protocol security (IPsec) is more secure than PPTP. It has more features with a cryptographic security services to protect communications over IP networks

This SSL-based VPN is most secure and mostly in use today. Secure Sockets Layer(SSL) VPN is a the stronger and flexible encryption protocol that can run on a single TCP or UDP port.

VPN Service can be availed by the users from many providers such as ExpressVPN because users can easily ExpressVPN review on the internet that help users to select the best service for them. Some of them offer free service or in subscription or both. To avail an utmost security and privacy, free utility Apps, and best speed with robust gateways a VPN provider that charges for their service instead of giving free of cost is always best to access.

Interested users must look for such VPN provider who can ensure the following:

Would you now be able to choose the right VPN Provider for you?