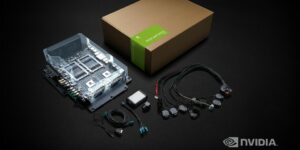 One of the interesting announcements that happened this week came out of Japan and NVIDIA’s GPU Technology Conference (GTC) Conference there. NVIDIA is currently the dominant technology supplier driving this next wave of automotive advancement while Japan for some time has been the source of the most technologically advanced personal transportation cars in the world. Of the Japanese car companies Toyota has consistently led in both market share and quality. As an aside they are also the only company that brought out a car that came very close to the iconic Jaguar XKE and is one of the most valuable collectable cars in the market, the GT2000 (which was featured in the James Bond Movie “You Only Live Twice”.

So, it was only natural that these two firms hook up and last year Toyota and NVIDIA announced they would hook up. A lot of us had little doubt that the result would be amazing. Well this week both companies announced that they would be incorporating NVIDIA’s new drive AGX Xavier platform, capable of Level 4 autonomous driving into their cars beginning in 2020.

Let’s talk about what that means. (Should point out that Isuzu Motors announced they would be using this same platform for trucks and Tier IV, a new company in Japan, indicated they were working on software designed for Level 5 driverless robotaxis and delivery vehicles on this NVIDIA platform as well. ZMP also announced they were working with NVIDIA on Level 5 driverless cars specifically for the 2020 Olympics. I’m hoping those robotaxis perform better than this one did in the movie Total Recall).

Currently it is believed the most advanced driving system on the road is the one sold by Cadillac and it is a Level 2 system. Cadillac recently aced out Tesla in a head to head but Teslas are the most prevalent. One of the things that screwed up Tesla is that they kind of implied they had a Level 4 or 5 system (fully autonomous) and it wasn’t, their system, like Cadillac’s, always requires a driver ready to take control and it only really works on the freeway.

In a head to head, surprisingly, the Cadillac system called Super Cruise is both better and more accurately named than Tesla Autopilot. Level 4 (mostly hands off but where the human driver needs to be driving under certain conditions), and Level 5 (you don’t need a steering wheel or brake pedals, the car can driver better than you can) are autopilot or true self-driving systems.

Most of the systems announced were Level 4 and 5 suggesting 2020 is going to be really interesting.

The NVIDIA Drive AGX system is currently the most advanced in the market and because it is independent of any car manufacturer it is the most likely to be standardized. Manufactures in general don’t like to license technology from each other because they feel it gives the competitor they license from a competitive advantage. This doesn’t mean it doesn’t happen, but typically for more mundane an unimportant thing not a technology that is likely to differentiate the product.

By being independent from Toyota other firms are more likely to follow Toyota’s lead, as a market leader, and buy the NVIDIA solution. Though some car makers will undoubtedly attempt to build their own technology, the millions of dollars this costs, which Toyota and others will avoid by using NVIDIA’s solution, will undoubtedly make them less competitive overall. Individually only the very largest could field an R&D budget like NVIDIA’s particularly after this technology ships and NVIDIA gets the revenue from a large pool of top tier car makers. Given their size, it could be argued that Toyota alone gives NVIDIA the potential to outspend most car makers and Toyota is far from alone in buying this solution from NVIDIA.

Japan, while still under pressure from the US and South Korea (and increasingly China) is arguably the volume and technology leader in automotive market. Toyota is the most powerful and successful Japanese manufacturer. NVIDIA is the most powerful and success autonomous car technology provider in the world. The combination of the two alone arguably sets the technology standard and bar for autonomous cars, given Toyota isn’t alone, this week’s announcement further assures both NVIDIA’s leadership and the emergence of true self driving cars by the end of 2020.

How machine learning algorithms help businesses to target their ads