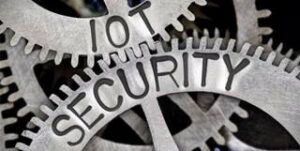 As the Internet of Things has grown and become a dominant force in technology on both the industrial and consumer fronts, the focus has shifted away from the simple act of connecting devices to the internet and toward improving those connections and making them truly useful — and safe.

In fact, interoperability and security have become the two biggest priorities among device developers. Several high profile IoT-related security incidents have made it clear that hardening devices against hackers to protect networks is vital if the benefits of the IoT will ever be fully realized. And as anyone who has purchased IoT devices for their home, and attempted to make sense of the different connection standards can attest, just because a device can connect to the internet doesn’t mean that it will play nicely with all of the other devices that you have connected.

The fragmentation of the industry and the potential security risks — not to mention the frustration — that comes with it is just one of the issues that the Open Connectivity Foundation (OCF) is attempting to address.

OCF is a membership-based industry group dedicated to creating a safer, more seamless IoT experience for both businesses and consumers by developing specifications and code that will help IoT device developers create devices that will not only work with each other, but also with legacy systems. A cornerstone of this effort is the OCF Certification program, which according to OCF, will help companies “Build smart products that can discover, communicate, connect and interact with other OCF Certified products, regardless of operating systems and platforms.” Certification not only ensures a seamless experience, but also one that is fully secure. Currently, there are more than 2,300 OCF-certified IoT products on the market, with more in development and testing.

While interoperability and ease of use is a priority for the OCF, security is one of the primary benefits of seeking OCF certification.

In addition to developing the certification process, the OCF has been working with more than 300 major device developers to create a common Security Framework, which provides a standard foundation on which device developers can begin securing devices, rather than creating solutions from the ground up. OCF’s Security Framework is flexible, so that it can be adjusted to meet the security needs of various industries and address new threats as they appear.

In fact, the OCF Security Working Group, which is continuously monitoring and addressing IoT security threats, works closely with other groups within the OCF to ensure that security issues are addresses and fixes developed on an ongoing basis. While use of the Security Framework is not required for OCF certification, it does create a baseline for evaluation and manufacturers must use similar standards for security in order to be certified.

OCF certification has many benefits, but some users may be frustrated to learn that some of the largest technology companies, including Apple and Google, have not joined. For smaller companies looking for interoperability in their devices, the absence of the two companies with the largest market share of devices can be a challenge. By the same token, joining the OCF gives smaller device manufacturers access to resources from some of the world’s highest profile companies, including Samsung and LG. That alone improves the ability for smaller, more specialized companies to compete in the increasingly crowded IoT market, and gives consumers and businesses more confidence when choosing technologies.

As the IoT continues to grow and evolve, the need for more secure, more compatible products will only increase as well. OCF certification is a step in that direction, a future where everything works together and the IoT is truly useful.

The Big Problem For Roborace:  Getting People To Come Back For Race #2