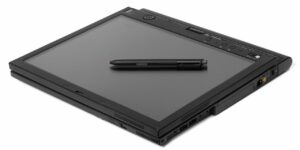 I just spent several days with Lenovo and a great deal of that time was going over current and future products.  Now I kind of dread this event, not because I don’t enjoy it, but because I invariably buy one of the products, they spoke to us about.  This Time it was the Motorola One Action (Lenovo owns Motorola) which I picked up for around $300 or about half what I paid for my last Smartphone.  The reason I bought it was because it has a built-in action camera designed to function much like a GoPro does. I have a GoPro, but I’m always forgetting to bring it to car events and my current Smartphone sucks at capturing action so, when I saw this phone, I had to have it.  And, as I bought the phone, I thought that it would make a better gift for an active young adult than an iPhone would be because it might better fit how they’d use a phone.

Apple is by far the more valuable company, but they use a strategy of building mostly one size fits all offerings.  Lenovo and Motorola, in contrast, build a variety of different products each with unique features and options. Apple makes up for this lack of customer targeting with massive marketing that manipulates buyers into thinking that their products are best for them and they do maintain admirable customer satisfaction but, I think, this is largely because customers don’t really consider alternatives and, even if they did, Apple also locks them into their ecosystem making switching painful.

The diversity approach used by Lenovo doesn’t allow for the level of marketing that Apple enjoys so their downside is that most people aren’t aware that Lenovo likely has a product that better fits their unique wants and needs.  If people, and I include myself, instead of watching an ad and being manipulated into buying a product that wasn’t ideal for them instead started with what mattered to them in a device they’d likely conclude that a Motorola phone better fit their unique needs.

Let’s take the new RAZR with a foldable screen for instance.  When the RAZR first came out most of us in the market at the time concluded it was the best balance of portability, battery life, and Star Trek kind of cool.  It was designed to somewhat emulate the Star Trek communicator. As a phone, it is vastly better than any screen phone because, when folded, the screen is protected against a fall.  A lot of people break a lot of screens every year and that isn’t just annoying it is expensive. In addition, being able to put a phone in your pocket without risking snapping the screen is an almost forgotten benefit of phones past and it still has value for many of us today.

From the standpoint of PCs, Apple has treated that segment like a cash cow for years bleeding creators and the education segment.  Their latest PC is impressive but more often it seems they really don’t even care about the PC segment with some designs going back more than a decade.  Lenovo, on the other hand, has PCs (ThinkPad) designed for medium to large businesses, for small businesses (IdeaPad), for individual users and education (Yoga), and for those that would rather use a tablet than a PC (across several lines).  They have systems designed for Engineers, for creators, for animators as well with a focused workstation line and they even have an impressive gaming line (Legion) they also appear to be the fastest-growing large-scale PC vendor in the segment now.

I’m writing this on their X1 Carbon which is one of the lightest laptops I’ve ever used with useful battery life and an awesome 500 nit screen that works outdoors.

Wrapping Up:  I Don’t Believe In One-Size-Fits-All

Now there are those that like to drive generic cars, wear generic clothing, and buy one-size-fits-all devices.  I’m not one of those folks and chances are you aren’t either. Now I do think that firms like Lenovo that have lots of choices should have ways to point you to products that best match your and my uniqueness.  Eventually, our personal AIs will help with this but, until then, if you want a personal technology product that best matches the unique person you are then it is worth checking out a vendor like Lenovo because their diverse lines are far more likely to match your diverse needs than even the best one-size-fits-all alternative.