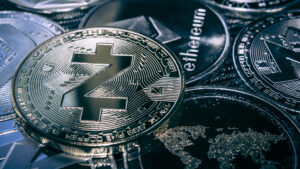 Opinions surrounding whether Zcash’s Halo development is a breakthrough for decentralized finance, and generally in the crypto space, vary quite significantly. They also seem to become entrenched quite quickly. Many are dismissive of coins or systems that are not the ones they prefer. The dogmatic nature of these preferences prevents us from analyzing other coins and systems rationally. This is definitely the case of Zcash, which got a bad reputation due to the 20% founder fee built into the protocol. For those used to Bitcoin, this looks like a money grab, but this funding has been put to good use. It is an integral part of the development of Halo, a version of zero-knowledge proofs that provides a scalable solution to some of the most challenging problems in crypto and beyond.

What are Zero-Knowledge Proofs?

As such, zero-knowledge proofs allow actors within a blockchain-based network to transact without revealing their identities. These actors would also be able to verify a transaction without knowing the identity of the person/computer that initiated the transaction. The result is a greater degree of anonymity.

Zcash’s Halo takes this principle to a whole other level. Thanks to the funding that the Electronic Coin Company (ECC) got from that often maligned 20% fee on Zcash, its developers could build a system that could allow trust-less aspects to propagate beyond the realm of a single transaction. Halo uses the same principles in zero-knowledge proofs to rule out the inclusion of any kind of backdoor that would allow the person who programmed and deployed a system or a piece of software to change said program or system later on. Halo also works to establish the same kind of certainty when the software is upgraded. In other words, it allows a verifier to make sure that the rules under which they install a program or join a network, cannot be changed surreptitiously at the whim of the developer(s) who created said program or system.

This is especially useful in zero-knowledge networks because users are asked to basically trust the cryptographic function that allows them to verify facts derived from a secret that they will never be able to know. This is not how cryptocurrency was supposed to work when Bitcoin came around. The whole idea behind the “don’t trust, verify” motto, was that everything is, in fact, verifiable; there are no secrets – apart from private keys, which are technically not a secret anymore once they are used. Instead, users hide behind a pseudonym – a public address – to make their transactions and should use a new public address with fresh private keys once they spend the funds associated with their previous public address.

Zcash’s Halo and the Scaling Debate

The Bitcoin parallel is important not only because Zcash has certain advantages that have to do with anonymity which Bitcoin doesn’t, but also because Bitcoin’s verification process makes the whole system hard to scale. Bitcoin nodes must have access to the full blockchain in order to verify transactions. This is a cumbersome process. The result is that there are far fewer Bitcoin nodes than users within the network. Most users rely on other nodes to verify transactions for them. With Halo, users would be able to run nodes easily, increasing decentralization. These wallets that rely on other nodes would also disappear.

Zcash’s Halo development will be able to be deployed on Layer 1. So far, Bitcoin has only been able to scale through Layer 2 solutions like the Lightning Network. This makes Halo a superior scalability tool, which could also be used beyond cryptocurrency.

If that increases your curiosity in trading decentralized finance (cryptocurrencies) like Zcash and Bitcoin, consider trying your hand out first on CFD trading platform, eToro. With all the tools, information and space you need to learn and grow, brush up on your trading skills and watch that ROI soar.

Blockchain for the Many

Halo could, in theory, allow us to apply zero-knowledge proofs to systems that are currently vulnerable. Databases could be secured with this kind of development as well. This means that at last cryptocurrency enthusiasts would be able to have the increased security and privacy they enjoy in the blockchain world, outside of it.

No Baptism of Fire for Halo Yet

This would all be possible if Halo passes rigorous testing. Halo and its use beyond Zcash are yet to be proven. This zero-knowledge proof system is only theoretical at the moment. Therefore, it is also unlikely to have any immediate effect on Zcash’s ranking, so don’t expect ZEC to make a dramatic jump up that CoinMarketCap chart just yet.

Apart from looking at the market data on CoinMarketCap, anyone involved in this space should be paying more attention to developments such as Halo and ask themselves how they could affect their position in the market. So yes, Zcash’s Halo Development could be a breakthrough for decentralized finance.

Lenovo: The Most Innovative PC Company