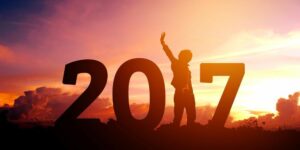 Technology Is improving and developing at an incredible rate.

This is reason enough to get excited, as there are sure to be a few technologies in 2017 that will really impress your peers; labeling you the gadget king or queen of your social sphere.

To help you sort through the news, we’ve done a small roundup of some of the impressive technologies that we are excited about in 2017. So without any further ado, here they are.

CoeLux developed their concept LED sunlight a few years ago, wowing audiences with their design wherever they went. The panel replicates a window or a skylight, which provides artificial sunlight in the room. It’s a groundbreaking technology because, in theory, any room that is built in any place can have access to natural sunlight. Healthcare facilities have been among the first to take an interest, however, the technology is still quite new and comes with a hefty price tag.

In 2017, the price of the panels may decrease. At the moment, the best alternatives are LED lightbulbs with a Kelvin colour above 4000.

You can see a demonstration of CoeLux in the video below:

Amazon recently announced its concept grocery store that utilises smart technology, allowing people to go shopping and pay with their smart device. Apple had already released a similar concept called Apple Pay where people can pay for items with their phone, just as they would if they were to use a credit card.

The difference with this is that the funds are linked to that of the Amazon account holder and that the store is a flagship of Amazon, meaning that they will earn a fee from the sale of the products. Additionally, the concept removes the need for staff, potentially bringing down overhead costs and making the price more competitive compared to traditional grocery stores such as Wal-Mart or Woolworths.

You can view the video below to see the concept store that they will be launching in Boston in the USA.

Elon Musk is known for innovation in sustainable technology and, while everyone thought that he had mastered a solution with Tesla cars, he has gone one step further. The entrepreneur has developed solar tiles, which are said to harness enough energy to power the home they are built into.

This is an enormous step forward as, even though solar technology has existed for years, it has struggled to gain traction in the mass market. Even President-elect Donald Trump has said in an interview that he likes the concept of solar, but the economic model didn’t make it feasible for people to invest in.

Should Tesla get their pricing model right, it could disrupt the energy industry significantly, but for the better.

Although nothing has been officially confirmed, there are rumours circulating around various web platforms that hint at Apple releasing something very big in 2017. With 2017 being the ten year anniversary of the iPhone by Steve Jobs, the release of a new iPhone device is looking likely.

Some of the rumoured features are said to include:

Apparently, many of the major changes that people were expecting with the iPhone 7 have been held off for the release of the new model. However, a lot of this is speculation. Right now it is a waiting game to see what Apple will actually do in 2017.

These technology innovators are really pushing the boundaries of creativity. We’ve only listed 4, but there are so many others in the pipeline that you will need to keep your eye out for.

With that said, the ones that were presented here are mouthwatering and should make a significant impact to your life’s convenience in 2017. Check them out in more detail and see how you can invest in these technologies once they are released.