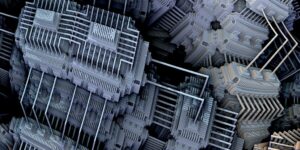 IBM is one of only a few remaining companies in technology that maintains a formal lab effort looking over the horizon. Where most firms focus on the tactical things they can bring to market or improve over a short period of time interspersed with occasional and often poorly funded Moon-shot efforts, IBM funds long-term research that helps them move on AI opportunities early. This long-term strategy should put them into leadership contention once quantum computing can be validated and monetized.

Quantum computing is a potential game-changer. It won’t replace our current computing infrastructure in the foreseeable future, but it will enhance it substantially down the road.  The enhancements are expected to include far more robust security defense, greater capabilities regarding analyzing extremely large data sets, potentially far faster communications, and tremendous improvements in efforts to solve the big problems, like a cure for cancer or mitigating global warming.

In short, quantum computing may have the greatest impact on humanity of any near-term technology, but that impact won’t happen until after quantum computers achieve quantum supremacy around the 2030s.

Let’s talk about IBM’s huge quantum bet this week and how it’s structuring the effort so that it can survive what may be the path to market that is still over a decade out.

The issue that IBM and every other large public company faces in the Western World, except in China, is the need to provide positive returns on a quarterly cadence. That focus on short-term profits at the expense of long-term initiatives puts western businesses at far higher risk of being displaced by Chinese companies over time because Chinese government subsidizes efforts like this aggressively with a strategic goal of displacing the U.S. as the world’s technology leader.

Sadly, IBM lives and operates in the U.S., not China. This means that like most every CEO in a publicly owned company, IBM’s CEO faces an ongoing expense for long-term development projects that will serve to reduce his compensation due to how they erode profits, but his successor is likely to get the benefit if the effort is successful.

As a result, IBM must monetize its quantum effort early to lower its profile so it can survive until the effort is mature.

IBM’s creative approach to the problem

IBM has rolled out what I’d call the IBM Quantum University. It’s a set of services, starting with a free service for those new to the field, that allows people learning about quantum computing to gain cloud access to IBM’s limited set of working, but still sub-optimal, quantum cloud instances.

Through this effort, IBM has raised up to 20 operational quantum systems that are being used for development. There are 180 companies in this quantum research network and over 410K users working on this limited number of systems in the cloud actively.  These users have access to a set of tiered resources. The “Open Plan” is free to those just getting started.  The next three, which come with charges, are the “Pay-as-you-go” plan, the “Premium Plan” and the “Quantum Accelerator.”

The free plan gives users access to IBM’s entry-level five-qubit quantum computers, while the plans that charge fees provide access to the far more powerful systems (up to 127 Qubits). These are IBM Cloud instances, so you don’t need to go to an IBM facility to use them.

The related fees defray IBM’s development expense and potentially assure the project remains well funded until it can be fully commercialized in the future.

IBM uniquely operates at the cutting edge of technology in several areas but, increasingly, the company must find a way to get funding during the development process. Since the industry will need people who are trained to create and operate quantum computers once they are broadly available, IBM has tied their project-related revenue into projects designed to educate those people. This provides a revenue stream to the company that should substantially offset the costs of development until the technology is ready for production.

Innovation like this, coupled with a unique focus on the rapidly approaching strategic future, makes it likely IBM will survive its second century in the market when most companies fail well within half a century.