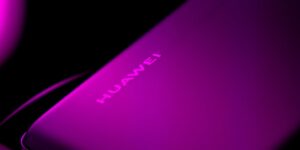 I was on a call with Huawei last week on security and Huawei’s unenviable problem of being a proxy for China in the emerging cold war between China and the US.  At the heart of Huawei’s problem is the US’s FUD attack on Huawei’s reputation, which seems to be focused on arguing that Huawei could do bad things in the future while lacking any evidence they did anything wrong in the past.  The one crime that the US does seem to have where Huawei used US funds for an Iranian project plays like manufactured entrapment given the US influenced the bank used and could have directed the bank to commit the crime that allegedly implicated Huawei.

FUD, a tactic largely attributed to IBM when dominant through the 1980s, is a reputation attack. It depends on perceptions, not reality, challenging but not impossible to counter.  However, that is against another company; against a country, the degree of difficulty goes up substantially.

Reputation attacks can happen to individuals as well.  While firms like Cyber Investigations can help with individual and small company FUD attacks when you move to significant firms and governments, defenses become far more marketing-oriented. Success may require other governments to come to your defense.

Let’s explore defending against FUD attacks this week in the context of Huawei’s not so unique problem.

What Is A FUD Attack?

FUD stands for Fear, Uncertainty, and Doubt, and it is an effective marketing tool for defending against an upstart taking market share away from you.  Typically it consists of a set of believable but not necessarily true facts that make potential buyers distrust the attacked firm to the degree that it adversely impacts that firm’s sales.

It works best when the relative strength of the two entities is very different, and the more prominent firm is executing the attack.  This result is because to make a FUD attack properly, the attacking firm has to sustain the attack without being attacked similarly.  That can only be successfully done if the attacking firm is substantially more significant than the attacked firm. If the attacked firm is larger and more powerful, their eventual response could be devastating, and at the same size, the result could be significant damage to both firms.

At the heart of a FUD, the attack is trust and credibility, which an established large company may have in spades, but a small company may not.  Ironically, the US government doesn’t have an excellent reputation for telling the truth, which has provided Huawei with some top cover. Still, it can pass rules that can and have crippled Huawei’s growth and potential.

But with governments, individual politicians can be encouraged to fight on behavior through support and effective lobbying. Through investment or merger, the cost of a FUD attack on the entity may exceed the value shifting the effort to another company.

Given a government is a political entity, the best defense isn’t to attack the government, which will only strengthen their resolve. It is to find a path that creates an incentive and a visible cost that makes the existing attack unacceptably costly.  Google embedding itself in the Obama administration provided such protection, but it was tactical by nature and didn’t survive the change in administrations.

IBM has been far more effective, both embedding itself in government projects and creating a reputation of inclusion and diversity, making it a hazardous firm to attack.  Microsoft altered the behavior that initially attracted government scorn and then promoted initiatives that the government also supported.  Lenovo created split leadership, creating a unique balance of power and staffing, which enabled the firm to sell in both China and the US while remaining independent of both governments.

The US has several critical imperatives with the infrastructure program, which contains a significant build-out of network access the least fraught with pitfalls and where the firm could bring its strength.  Offering to provide and build technology in the US for the Cell towers needed while putting in place or acquiring a Lenovo like presence in the US that could resist potential Chinese or US government inappropriate influence could be seen as attractive by the current administration and take them off the list of firms being blocked from complete access to US technology.

Creating a unique partnership with Qualcomm to both assure the security of the result and create a unique solution that could be sold both inside and outside the US would not only potentially benefit both firms economically but create a cooperative structure that neither country would want to hazard and a possible way forward for both countries to work themselves out of the current costly dispute.  Finally, how Huawei is structured where the employees own the company could showcase that rather than being a threat, the company can better blend labor and management into a cooperative, less abusive whole.

These elements would defuse the existing complaint, provide political capital to both Chinese and US government entities, and showcase a level of labor/management blend that should appeal sincerely to the current administration.   These efforts would, if done correctly, improve Huawei’s image in the US, not hurt their image in China, and create new economic opportunities that are collaborative and build a foundation that could be defended as government administrations change.

FUD as a weapon is generally ill-advised as it forces a tradeoff between trust, a strategic asset, and an income that is tactical by nature.   Defending against FUD typically requires a heavy marketing influence to fix the brand and image damage and create an offensive threat to remove FUD as a viable weapon for a competitor.  Government FUD, however, requires a far more subtle approach that is multi-faceted, blending lobbying, material support for popular government initiatives, and an active effort to remove the causes for the attack in the first place.

IBM, Microsoft, Lenovo, and more recently Google and Amazon have all executed efforts that have, to some degree or other, countered or eliminated Government FUD.  While challenging, Huawei could follow a similar path using a blend of these other firms’ practices successfully executed.