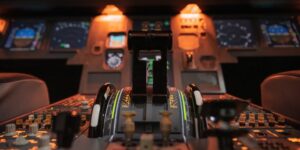 Phone manufacturer OnePlus admits deliberately throttling the performance of most apps to improve battery life on its latest models OnePlus 9 and Pro.

The issue was detected by Anandtech when they observed strange results in their benchmark tests compared to other devices using the Snapdragon 888 chip.

In testing, I had encountered something which really perplexed me, and caught my attention; seemingly inexplicable slow browser benchmark figures which were not in line with any other Snapdragon 888 device in the market, getting only a fraction of the scores and performance of other devices.

Apparently OnePlus is actively blacklisting most of the prominent Android apps, with the exception of some games.

A report this week reveals that OnePlus has been hindering performance on its OnePlus 9 and 9 Pro smartphones in most apps and games.

The behavior seen on the OnePlus 9 Pro was on purpose.

Your ultimate guide to becoming a personal trainer

Huawei And Developing A FUD Defense