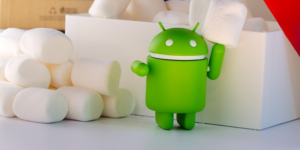 The world has witnessed a massive rise in smartphone usage which eventually led to a considerable increase in the number of apps that people use on them. So, you will not struggle to get hold of a good mobile app development company, as there are plenty of them in the industry which are catering to the huge demand for mobile apps.

But, imagine the following situation. A new user learns about your app, but there is either not enough space on his or her mobile device to accommodate your app or the internet speed is too slow to download the app. would it not be a loss of a potential user? Google has come up with a solution to ensure your enterprise does not lose out on any potential app users due to internet data problems or memory space shortages.

How? Google recently announced (at Google I/O 2016) the Android Instant Apps feature that can be used by any Android app development company. This feature allows Android apps to run instantly with just a single tap and without the users downloading or installing them.

So, we look at Android Instant Apps and why it is slowly becoming a common mobile app development trend among the all app development company looking for success worldwide.

Android Instant Apps run as per the on-demand concept. So, these apps only run when users actually need them. This means that your app users need not have to wait for the app to download or install and, most importantly, they need not worry about the amount of memory space that will be used by the app. This could be a game-changing feature, especially since your app does not have to fight it out to be permanently downloaded on the smartphones or tablets of your users.

In fact, the apps with this feature are preview versions which are ideal for quick insight and experience with the advanced functionalities probably being missing. So, they can be quickly accessed by the users, without them having to wait for a good mobile internet connection. The reason for this is that these apps are not downloaded to the mobile device in their entirety and appear instantly like web pages (installed only in part). So, with this feature, people can get a glimpse of almost the full version of an app before they decide to install it.

These instant apps for Android will likely change the way people access mobile apps. Just as internet users are accustomed to browse their choice of websites as and when required, the Android Instant Apps feature will probably do the same for app users.

How to Enable Android Instant Apps?

Google has started rolling out this feature for limited users and devices. You can identify whether you have access to the feature by following these steps to enable it:

● Go to the “Settings” menu and tap on “Google” under the personal category.

● Opt for “Instant Apps” under the service category. By default, this feature will be off and the user needs to tap on the toggle which appears on the top-right of the mobile screen.

● Check out the instructions card for using the feature and tap on “YES, I’M IN”.

The above steps will ensure that your app users can search for your app and get instant access to the same without installing it.

How to Find and Use Instant Apps?

Android Instant Apps works with apps that are built using native code in C++ or Java. When you plan to develop an app with this feature, ensure that your third-party app development companies use Android Studio, which is preferred by Google for Instant Apps. Also, to ensure adequate security for your app, only those that are published on the Google Play Store will support the Instant Apps feature.

As of now, Wish is one of the supported apps for this feature. So, to start using the Instant App version of Wish, users can follow these steps from their Android device:

● Carry out a Google search for the Wish app.

● Choose the search result that contains the word “Instant” and click on “Open App”.

● Users can start using the Wish app as they do with any other app downloaded from the Play Store.

In case of the Wish app, users can browse through various products and order them as well, without downloading the app on their mobile device.

The Android Instant Apps feature is still getting rolled out and it is still in its nascent stage. So, many users will have to wait till they get hold of this feature. However, as an enterprise, you can start planning your next Android app with this feature in mind.

What do you make of this Android Instant Apps functionality? Feel free to share your feedback in the comments section below.