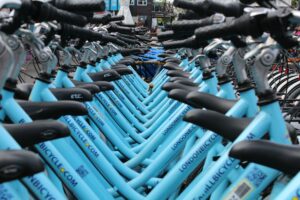 It might sound like a scene out of the latest sci-fi movie, but it is real. You can now ride a bicycle that communicates with you! The bike can send messages to the surrounding drivers and have information for sleuths looking for information in the event of a collision.

This “smart bike” as it is termed to the layman, but to technologists it is known as the Interactive Bicyclist Accident Prevention System, might be the game changer that cyclists have been looking for.

We have seen smart televisions, garages, and homes; now we have the smart bike that is aimed at making your life as a commuter safe and easy.

So, what are the benefits of this bicycle?

1) Enhanced Safety on the Road
We have seen and heard of so many accidents that involve bicycles. Even with the safety gear, bicycle accidents are still rife on the road. The major issue when it comes to safety is the lack of lanes that show a clear distinction between the lane for bikes and the lane for motorists.

This bike comes with a system that creates a 3-foot wide berth between the car and the bicycle. The consoles on the bike project parallel green laser lines on the pavement, which creates a bike lane that you can then use.

The green lines are visible to both you and the motorist, which in turn makes it possible for you to ride safely and for the motorist to know that there is a lane which he doesn’t need to go to.

Additionally, the bike helps warn other road users about an imminent problem. For instance, if another cyclist or motorist is too close, the bicycle emits a warning sound to tell the driver or rider to move far away.

If you ride too fast, and you are near an intersection, the handlebars vibrate, which is a warning to you to slow down or to stop for a red light. This way you avoid imminent crashes.

2) Collision Avoidance
The bicycle also has mechanisms that communicate with an oncoming car, to avoid collisions. This means that everyone gets warned of the impending crash, and tries as much as they can to avoid it.

The sad thing is that even with collision avoidance mechanisms, some drivers are still careless on the road and might not even see the warning. This is usually true of truck drivers that have been on the road the whole night and the whole day long. When this happens, and you find yourself a victim of the crash, you need to work with an attorney that has experience handling truck accident settlements to start the claim process.

3) Never get lost
Additionally, the vibrating handles are designed in such a way that they use GPS signals to alert you when you need to turn so that you get to your destination. This gives you the ability to ride at night and not get lost or to ride in a new neighbourhood without losing your way.

4) Helps You Ride Better
The consoles on this bicycle feature Bluetooth technology, which allows your smartphone to communicate with the bicycle. One of the best ways this works is to detect a trend in your riding habits and note it. The console then analyses the riding style and tells you whether you are riding well or you have a likelihood of crashing.

Knowing the riding style makes it easy for you to change the way you ride, which in turn makes it possible to stay safe on the road always.

In Closing
The smart bicycle helps you enjoy commuting using a bicycle because now you are sure you are safe on the road.

How Has the Internet Adapted our Daily Habits?

Anand Mishra’s Success Story – A Motivation for All Aspiring Entrepreneurs