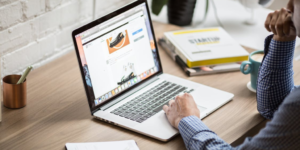 Over the past two and a half decades, the internet has become the beating heart of the modern world. As well as changing the face of how businesses operate, it has revolutionised everyday life for billions of people in almost every country.

To put the scope of its influence into perspective, here are just a few of the commonplace daily habits that have come about since internet access became ubiquitous.

By the end of 2018 an estimated 2.62 billion people will be using social media. From leading platforms like Facebook and Twitter to obscure upstarts like Mastadon, there are a huge variety of different services that people can use to communicate, collaborate and shape the conversation on current events.

Admittedly the main reason that social media has expanded so rapidly in recent years is that people can now access whatever solutions they use most regularly from their smartphone. Some see this as a problem, since it’s not unusual for friends and family members to pull out their handset and check social media in the middle of a conversation.

Whatever your opinion on the potentially disruptive social media habits that have risen to prominence, it’s undeniably the biggest part of why people use the internet so frequently today.

There’s nothing more convenient than being able to grab your mobile or fire up your laptop and browse an almost endless line-up of products online which can be ordered in an instant and delivered direct to your door.

Online shopping may be causing problems for bricks and mortar retailers, but its vast popularity amongst consumers of all ages means that it is going to continue growing its user base and sucking up more spending from high street stores.

The convenience of online shopping isn’t just about not having to actually visit a shop in person; it’s also about not being restricted by opening times. Late night shopping is now commonplace, because people can fuel their retail habit day or night via e-commerce sites.

This can lead to impulse buying and unwanted drunken purchases, but is great news for the companies that jumped on the online shopping bandwagon early.

Before the dawn of the internet, people who wanted to gamble would either need to visit a bookmaker or take a trip to a race course. Now with online casinos widely available, it’s easy to play wherever and whenever you feel like it.

Emerging brands like @CasumoCasino are rising in popularity alongside established gambling companies, with this competitive marketplace generating greater revenues each year.

Smartphones have once again taken the lead in getting more people into online gambling, with dedicated apps allowing participants to place bets on sporting events, spin up some fun slots or take on other players at skilled games like poker.

This daily habit can get out of hand for some people, but millions of casual players know how to experience online gambling in moderation and have fun while they’re doing it.

Ordering food online from a major supermarket is just as straightforward as any other kind of online shopping. However, services like Just Eat have helped revive interest in local takeaway restaurants that provide home delivery.

Bolt-on platforms like Deliveroo, which allow eateries that don’t usually deliver to offer this option to customers, are also having an impact.

Now anyone can sit on their sofa and use their smartphone to select the food they want from a wider range of outlets than ever before, giving them more choice and more control. It’s a habit that would have seemed strange as recently as ten years ago, when smartphones and apps were still in their infancy.

The internet can attract a lot of criticism for the daily habits that it has formed in its most avid users. However, it has also made a significant contribution to the betterment of humanity, the creation of significant cultural movements and the increased interconnectedness of modern life. The world would not be a better place without it; in fact to go back to a time before the internet would feel like a descent into the dark ages.

5 Tips For Preparing For A Job Interview

How the iBAPS Smart Bike Changes the Way You Commute