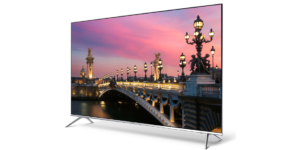 Are you buying your first TV or replacing an older one? Do you know what all the specs on the label mean? In this article I will talk about the main features you should consider while getting a HDTV.

No matter how big and impressive they are, and how efficient the technology they use becomes, TVs are at the end of the day electronics. This means that sooner or later there will be better TVs coming out as well as more demanding media content.

Top brands like Samsung or LG won’t stop pushing the envelope so in the end, you will still find yourself in need of a new TV which will help you attain the best possible experience. But how do you go about buying a new TV? Do you go to the store, or order online? What model are you supposed to get, and why is it better than the rest? All these questions will inevitably pop up in your head as you try to make the best decision, but the truth is that you are probably lost when it comes to fully understanding how today’s TV options work and differentiate themselves from one another.

The first step you need to take has to do with understanding the differences between HD and Ultra HD, for instance. The HD you see in HDTV comes from High Definition, and it comes in multiple variations such as the aforementioned Ultra HD. There is also such a term as Standard Definition, so it’s understandable how it can all be a bit confusing. To hop past this first obstacle, you should memorize the following:

Now it’s hopefully a lot easier for you to know what you’re looking for, as SD TVs are no longer relevant, and Ultra HD is the enhanced, more expensive version of HD.

Ultra HD or 4K TVs represent the new kids on the block and are currently the most expensive TVs you can get. Unless you’re looking for an over the top TV regarding image resolution, you will be just fine with a regular HDTV. Of course, this heavily depends on your budget and how much you’re willing to spend. The different types of HDTVs

In order for a TV to pass as an HDTV, it needs to put out a 1080p resolution. However, how a TV gets to that point can differ based on the technology it uses. This further splits the TVs on the market into even more categories. This will also come up as you shop for a new HDTV of your own.

Next we’re going to do a quick rundown of the various HDTV options, explaining the difference in technology. If you’d also want some examples of the various types of TVs, get more info at this best 40 inches TV review to see all your options.

Advertised as LED, these TVs will still give you an LCD. LED is the primary tech used for HDTVs, and it’s the option you’re going to bump into the most when shopping for a new TV. You could say that it’s the standard when it comes to HDTVs since it caters to the primary consumer market the most. There might be some confusion regarding the difference between an LED and an LCD since the former is an LCD itself. The difference is that an LED TV will use an LED backlight, which isn’t featured on a regular LCD TV. As a result, the latter is disappearing from stores as LEDs are just a better version of them.

For a long time, OLED technology was upheld as the Jesus of TVs. It’s supposedly eco-friendlier, and it offers a considerable boost in quality of life, especially in the energy saving and consumption department.

However, after the technology first appeared on the market, both manufacturers and consumers quickly realized that it’s near impossible to create a large size TV using OLED, while also keeping it at a reasonable price based on costs. Ultimately, you might run into some OLED displays, but you’ll probably not run into any display size that appeals to you, and the same goes for the price. Regarding actual image quality, it’s safe to say that you can find the quality you need with an LED TV.

This is a dying breed, mainly because it tries to raise the LED TV standards to a new level regarding picture quality. The problem is however that the plasma technology just can’t go as high up as the newcomer in the game, namely Ultra HD or 4K. So with users being far better off with an LED or 4K TV based on affordability, Plasma TVs aren’t even manufactured anymore. However, you might run into some during your search, so it’s best to know what they’re all about before a store assistant manages to send you home with one on the premise of being of superior quality.

A TV doesn’t get the “Smart” categorization based on what kind of screen it uses. This is a category of TVs that have a few extra perks and are easily differentiated from the crowd. It is the second most recent technology to appear in the mainstream TV market, after 4K TVs, and it represents TV sets that have functionalities similar to mobile or smart device, like a smartphone, or tablet.

If you were to put it that way, a Smart TV is like a tablet that doesn’t fit in your backpack. You can connect to the internet and browse online, as well as use various apps like Netflix, Amazon or YouTube. This type of TVs cost more, but it’s not something to do with picture quality, but those extra features.

Asking yourself the most important question: Do you need it?

Before you start crunching numbers and seeing what’s the most powerful TV you can afford, you should ask yourself whether or not you need it. You see, an HDTV will only give you a superior quality if it’s available. This means that the content you’re trying to access needs to be already delivered in HD before you can tap into it with an HDTV. So, if you want to watch HD television programs on your HDTV, you need to make sure that your cable or media service providers offer HD programs in your region, since it’s not universally available.

Otherwise, you’d be having the same experience as anyone else, but on a more expensive TV. While HDTV is more widespread, this is a lot easier to notice with 4K content, which is only now slowly starting to surface. Having a 4K TV means very little if you use it to watch standard HD content. Therefore it is important first to make sure you need a TV upgrade or rather can properly use one before you start spending.

Getting a new TV is exciting, but with all the different names and classes, it can get quite confusing for someone that isn’t that tech savvy or just doesn’t know much about TVs. Hopefully, you’ve found this guide useful and have garnered more insight on the matter. Between outdated tech and sneaky salespeople, making an unfavorable decision is easy when unprepared.