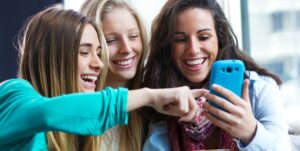 Whether it’s the release of the latest iPhone or the realization that it’s time to upgrade your current device, there’s a lot of excitement that comes along with picking out a new phone.

Even so, there’s oftentimes a sinking feeling when you’re forced to look at the price tag of your potential purchase.

There’s no denying that phones are inherently pricey. Those on the hunt for new devices need to understand how to keep the costs of their newest phones down so they can upgrade without worrying so much about their wallets.

The following six tips can help you save tons of cash on your next phone purchase. Rather than assume that you can’t afford a phone that ticks all of your boxes, consider these smart strategies first and foremost.

Shop Around for Bargains and Deals

Don’t assume that big box stores have the best deals on mobile devices. Oftentimes, the ideal opportunities to save on smartphones comes from the affordability and flexibility of online retailers.

In fact, this Amazon promo code includes specific discounts on mobile devices that blow many of the big box stores out of the water. The best part of scoring such deals beyond the savings, though? Shopping online keeps you away from pesky salespeople that are just trying to nickel-and-dime you.

Look Beyond Apple and Google

Although there’s obviously tons of hype around the latest iPhone and Google’s Pixel, perhaps consider that they aren’t the only options for awesome phones. For example, consider how Huawei is now the second largest smartphone brand, actually beating out Apple in terms of sales recently.

Sure, some people want to be seen with the “it” brands; however, many consumers might be shocked at how a cheaper brand does the same job for exponentially less money.

This tip isn’t technically going to score you a new phone, but rather a device that’s like new.

Many consumers underestimate refurbished devices because they don’t want to buy something that’s “used.” That said, quality control from brands like Apple is absolutely insane and many happy shoppers regularly purchased refurbished phones as a result. Just take the time to understand what to look for in a refurbished device to ensure that the phone is unlocked, safe and ready for use.

Pretty much the only time when a big box retailer makes sense for a new phone is when you’re getting a decent trade-in value. If you’re getting a pretty penny for the previous generation’s phone (think: between 30% and 50% of the value of your desired device), you should totally take the trade-in offer. Such offers are few and far between, often only occurring when a new phone is launched, though.

If you don’t mind spending some time debating a salesperson, you can sometimes encourage a better deal by negotiating face-to-face. Some consumers regularly threaten to leave their cell plans in pursuit of a better deal, but such a risk doesn’t always pay off. Most salespeople would rather concede a bit rather than give up a customer for the long-term, so just keep that in mind.

Last but not least, remember that phones depreciate in value rather quickly. Sometimes the best course of action to score your desired device is to wait it out. Especially as new iPhones are released so often, getting the second-newest generation at an affordable price is easier than ever for those willing to wait.

While smartphones can be pricey investments, they don’t have to totally break the bank. By sticking to these tips, you can bring the cost of your dream phone down or uncover ways to get a new mobile device on the cheap.

7 Tips To Improve Your Home With Bad Credit

HDTV Buying Guide: How To Understand The Specs