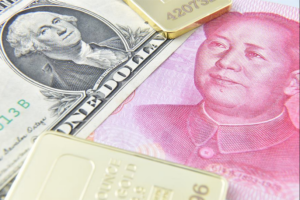 Another reason for the slump in the prices of gold last year was due to the rising US economy gave investors alternatives. The positive outlook saw many conservative investors look into other modes of investments besides the precious metal commodity.

Many Australian investors jumped head first into equities as their local 10 billion dollar stimulus package (most of which was delivered to the public and investors directly) added fuel to the fire sending returns on equity for these investments into desirable states.

This fact coupled with the Cyprus bailout which involved the leading bullion bank Goldman Sachs to call out to investors to ‘short’ gold. This led to a bearish market on the shinny yellow metal which saw the biggest drop in gold prices in 3 decades in a single day, the price of gold fell almost 9.5 % on the 15th of April which is considered by many precious metal investors a very black day for gold.

To make matters worse JP Morgan fanned the ‘sell fire’ by leading the market via the sale of ‘paper gold’ or ETFs. This is usually taken as a bad sign within the gold investing communities and as the flow of gold continued from West to East and the Indian market especially which saw 15 tons of gold being imported in a period of only 3 days caused a stir within the Indian government which initiated new rulings that stemmed the outflow of cash for gold jewellery into the country.

The Reserve Bank of India (RBI) started to impose strict regulations, higher duties as well as a standing order that required the export of 20 % of the imported gold. These strict measures caused gold consumption in India to fall by half which affected the prices of gold even further. All these factors were the leading causes as to why the long considered ‘safe have’ to protect wealth lost its value.

However these economic measures are only temporary measures as most seasoned market players are still holding on to their wealth in gold only because that they know that the prices of gold will rebound like it always has. According to most analysts the price of gold was expected to perform better, if the Indian government had not curbed their population’s demand for gold.

The manipulation of gold prices by governments is within good reason, but as most of them know it will be only a matter of time before their thin walls crumble allowing gold prices to go where they are supposed to go.

Most analysts are expecting the current price of gold bullion to top the 1500 USD per troy ounce mark by September this year as India prepares to stimulate its economy in August and the current crisis between Palestinians and Israel as well as the stand that the Trump administration has taken much to the dismay of most other American politicians, nothing is certain except for the hope that the intrinsic value of gold will prevail and those in possession of it will triumph.