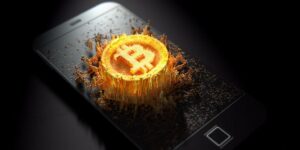 London, June 23, 2017. The way people gamble online is set for a major sea-change amid the Bitcoin phenomenon that has prompted a new digital gold rush.

Gambling was revolutionised by the internet and is set to be turned on its head once again by the rise and rise of the so-called cryptocurrency.

2017 has already been a record-breaking year for Bitcoin with its value tripling since January. At the start of the year, one Bitcoin would have set you back a little over £600. At its peak, on June 6  the price was £2,225.

The gambling industry has always been quick to jump on new technology and trends we saw LeoVegas and bgo Casino surge forward with mobile and games development, and Bitcoin is no exception, we expect to see many new faces accepting this currency in 2017.

In March of this year nearly one billion bets were placed with Bitcoin casinos alone, according to bitcoin betting tracker site TheBitcoinStrip.com. This has led to some estimates of over $2 billion being wagered in Bitcoin during 2017.

Searches for ‘bitcoin casinos’ on Google are also at an all-time high.

Bitcoin’s popularity in gambling is down to its ease of use and the fact that, because it requires no personal details to be given, users can remain anonymous. As well as offering quick account withdrawals and low transaction costs, people are able to use Bitcoin to gamble online in countries where it is illegal or unlicensed, notably in the US.

With online gambling only legal in a handful of states, but the rules on bitcoin wagering unclear, many US players are using offshore bitcoin casinos to have a flutter.

Why gamblers are turning to bitcoin:

Bitcoin requires no central authority, instead of using a peer-to-peer network that is free from government or bank ‘interference’ and making it ideal for use in such locations.

Payouts are also increasing as more and more is staked. This year one bitcoin casino player trousered £200,000 in bitcoin, hitting the jackpot on slot game Troll Hunters.

Nick Russell from TheBitcoinStrip.com, said: “Once you have Bitcoin it is extremely easy to deposit and place bets.

“Due to some network congestion and scalability issues, deposits and withdrawals can take an hour or more. However, this is still much faster than the alternative (normal currency).”

“As the industry has matured, it has become apparent that there’s a legitimate demand for moving away from fiat currencies and taking sovereignty over your own wealth – something I feel we’ll one day be shocked we ever let go.”

“Bitcoin and co are liberating currencies with their value backed by mathematics and the laws of the universe. Far more powerful than the promise of a central bank.”

There are already a huge amount of Bitcoin casinos out there catering to people from many different countries. Bitcoin and gambling have been synonymous since 2012, when SatoshiDice pioneered the bitcoin casino. Around that time, it was estimated that up to 60 percent of all Bitcoin transactions were from wagering.

And because Bitcoin works by a set mathematical code it is recognised as offering ‘provably fair’ gambling for online players. In simple terms, each Bitcoin bet has a unique code created by the casino that is unbreakable and can be seen by players in real-time. By providing complete transparency it effectively makes the bet impossible to alter once set. This gets around the feeling of some players that the casino is ‘cheating’ them out of winning.

But bitcoin has some notable weaknesses. Because Bitcoin transactions are irreversible, there’s no margin for error if funds are sent to the wrong address or the holder’s wallet is breached by hackers.

Bitcoin has also been a victim of its own success, with transactions taking longer to confirm and withdrawals taking as much as twice as long due to the network reaching capacity thanks to high demand.

Also, many of the sites are not signed up to the same regulations as standard online casinos, although UK watchdog the Gambling Commission (UKGC) added Bitcoin to its acceptable payment methods last year.

2017 has been a crucial year for Bitcoin, one that has seen it surge in popularity as well as market value.

The industry has been quick to grasp its potential, seeing it transition from niche Bitcoin casinos to major online gambling providers.

The Best Tech for Senior Citizens