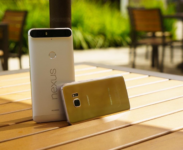 When looking for the best smartphone out there, you have to take various things into consideration; the design, specs and the power of the mobile phone. You need to know this before making any decision. Here is a list of the top notch mobile phones you have to check out.

The impressive specs and the interesting curve design is what makes this smartphone one of the best on the market. The great camera that packs 12MP and its premium design which combines glass and metal will make you play with it for hours. On top of that, it is now waterproof. It can be underwater for up to 30 minutes at a maximum depth of 1.5 meters.

It packs a 3,600 mAh battery unit which enables you to go a day and a half without having to charge it. It has a 5.1 inch display, an Octa Core processor (Snapdragon 820) and a powerful GPU. It still weighs only 152 grams. There are many gadgets that can enrich your experience with this smartphone; the wireless charger is one that catches the eye, for instance. Since it is new on the market and still pricy, you should check for insurance options to cover any unexpected circumstances.

This mobile phone has a 5.7 inch display and it packs 2GB of Ram, a 12MP camera, a Snapdragon 810 processor and a fingerprint sensor on the back. It might feel too big for someone, but the impressive rounder design and metal back are something that makes this phone stand out among the so-called phablets. This model is completely manufactured by Huawei, because Google is striving for an affordable and yet premium smartphone.

Nexus’s Imprint sensor wakes and unlocks the smartphone at the same time when you use it, shortening the time in the process of accessing the phone’s features. Two software features that are included in Android Marshmallow provide extended battery life when the screen is off.

This is the biggest iPhone ever released. Its looks put it on top of the most elegant phablets list. There is nothing new that tells this phone apart from its predecessor except the letter S under the iPhone label.

It has 5.5 inches, a full HD display that allows you to enjoy crisp texts and vivid colors. When using this model, users can experience the latest iPhone innovation – 3D touch. This feature enables the iPhone 6S Plus to detect the amount of pressure a user is applying to the screen. This opens up many possibilities, depending on how hard the user wants to press the display.

The rear facing camera is upgraded to 12MP, while on the front, you have access to a 5MP FaceTime Camera. Another neat feature is Live Photos that actually captures a 1.5 second long video before and after you hit the shutter.

Its larger size allows it to pack a bigger battery, which will allow you to get through the whole day on a single charge.

As you can see, technology is developing very rapidly, placing powerful devices at our disposal. All of these mobile phones offer many neat features to their potential users. The market is huge, and if this text woke up your interest, feel free to explore the internet for other mobile phone models that might interest you.

Are We Seeing the Last Days of 8-Hour Workdays?