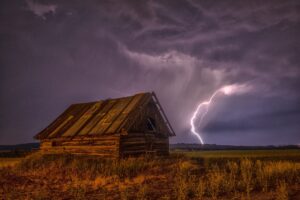 There is never a shortage of news in the agriculture department, and the last week wasn’t an exception. Check out the recap of the most pressing messages to stay on top of your game:

Hurricane Matthew brought death and devastation to many lands across the Western Atlantic. Almost 1,500 lives were lost due to this natural disaster and the amount of damages is still being calculated, but it has already reached about $7 billion.

Poultry farms of North Carolina suffered severe losses, which has hit the industry hard. It’s estimated that up to 5 million birds died when the hurricane hit, the majority of them broiler chickens and turkeys drowned on poultry farms. The disaster wrought $1.5 billion worth of damage in the state, and the reports of crops damage have yet to be processed.

Now would be a great time to go into poultry farming or just build a chicken coop in the backyard and get a half dozen hens as the poultry and egg prices are sure to be affected by such a major loss. Usually, NC produces 800 million birds per year, and losing 5 million in a few days is going to have major repercussions. The officials are currently busy with organizing efficient carcass disposal to prevent any contamination and disease that can claim even more birds’ lives.

The threat of the total bees extinction is looming nearer with every passing year. Both scientists and farmers are extremely concerned over this issue as it has the potential to turn into an environmental disaster. Without bees, important food crops can’t be pollinated effectively, so we may be facing famine on the planetary scale.

Researchers all over the world study different ways to prevent this tragedy. A team from the College of London has recently concluded a study, which proved that some types of pesticides affect the development of free-foraging bee colonies. Neonicotinoids are the elements that contribute to the bees extinction. This information is taken into consideration for the pesticide risk assessment and neonicotinoids are currently under restriction in the EU. The value of this particular study is that it proves that the pesticides affect bees on the colony level. This means that their detrimental effects are not immediately noticeable but can lead to dramatic and irreversible long-term changes.

Mechthild Tegeder from the Washington State University made a breakthrough that can help feed the world. She created a new way to increase the flow of nitrogen in soybean plants, which resulted in a 36% increase in the number of seeds.

This outstanding breakthrough can have a major impact on the world as a whole because at the moment, legumes provide about 30% of the world’s agricultural production. The increase in crop yields can feed millions of people, and the method used by Tegeder helps the environment as well.

As nitrogen is an essential nutrient, it’s often applied as fertilizer, which contributes to the greenhouse effect. One should also remember that developing countries rarely have an opportunity to apply such expensive fertilizers to improve the quality of crops.

The technique of increasing nitrogen fixation in legumes, which can draw in atmosphere nitrogen directly from the air, can reduce the need for fertilizers in developed countries. It will also increase crop yields in places where they aren’t used.

This particular research also has the potential to increase the nitrogen intake in other crop plants, which take the element from the soil instead of atmosphere. The changes, which can be initiated due to this study, will have an enormous impact on the food production industry.

World-Saving Progress in the Agriculture Industry

While tragedies, such as natural disasters, bring lots of damage to farmers, scientists the world over do their best to help us overcome their consequences. The progress in every niche of the agricultural field is steady and even today it helps solve major problems of humanity, such as hunger and detrimental environmental changes.