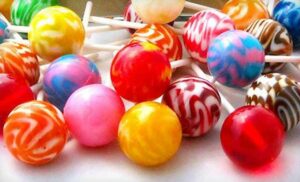 However, the ease with which Android phones can be operated also comes with a lot of operational issues. Studies have also shown that Android phones are the most susceptible to viruses and other highly detrimental functionality issues. These issues, although they could escalate into things that are ultimately out of control, are actually quite easy to fix, especially in their early stages. This is why we have run a study to find the issues which affect Android phones the most and have found simple ways to proffer solutions to them. Take a look below:

This is perhaps the most common Android issue. Android phones are very prone to overheating, especially after being used for quite a while without a break or something (we can all remember the recent Samsung Galaxy Note 7 issue). Overheating could cause external issues also, like lagging and outright crashing.

In order to stop heating up a very large extent, keep your phone out of the path of direct sunlight. You can also try keeping it in fresh air (and as such, out of your pocket) and make sure that whenever an app isn’t being used, you close it completely.

After using your Android for a while, you’re prone to see the Memory Full message displayed on your phone from time to time. In actual fact, the items consuming space in your phone are actually app data. When you download and begin using an app, it transfers data to your memory and stores them in its own file. Most of these data could be useless, others might not. Fixing this issue just requires the knowledge of which is important and which isn’t. You can also try any step of the following:

– Cloud storage; backup your files to cloud storage media such as Google Drive and Dropbox. Then, you can delete them from your phone directly.

– Delete files; if you have files worth deleting in your phone and which you can do without, please go ahead.

This is another highly annoying aspect of Android phones. Lagging simply means a reduction in your phone’s response time. You click on an app and it takes 5 seconds to load and another 5 to initialize. Trust me, it can really be frustrating. Lags could be caused by low memory or viruses unintentionally hosted through collecting files and other media.

To stop this, you’ll either have to scan your phone and cleanse it of any viruses (which means deleting any corrupted file and installing a working antivirus just for future sake) or deleting some of your stuff. If you have too much important stuff, you can still try cloud storage.

Phone turns on and off by itself

Usually, it is just a hardware issue. It could be the battery, in which case you can just charge it for a long time or borrow another similar battery to just be sure what the problem it. If not, then you might be looking at a software malfunction. In order to fix this, it might get a little tricky. You’ll have to launch a factory reset on your phone. However, you should know that it would mean that files on the phone will be completely wiped so you might want to backup a few things and remove your memory card before you begin. If you’re not sure how to perform a factory reset, please consult a technician around you.

These issues are ust6 a few things that occur to Android phones and we suggest that if you aren’t satisfied, you can check out blogs and online discussion boards t find out more. A lot of blogs actually serve up mobile phone information and the most popular is actually The Android Portal, where you get real time and accurate information about Android phones.

How is Cloud HR Software Different to a Desktop System?

Intel’s first Optane SSD Card Launched: something for the future of SSD Cards