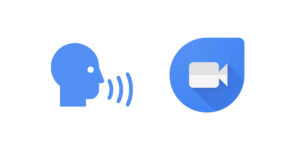 Well, if your face still has those muddy looks like you’ve just woken up from sleep, you wouldn’t want to appear on a video call. That’s why Google Duo is now introducing the audio-only calling feature into its video calling app, Duo. Google has announced the introduction of the only audio calling feature to make Duo more advanced to all its users around the world. This feature, which was previously rolled out in March in Brazil, is now coming everywhere.

Duo stands as Google’s answer to FaceTime by Apple, though with major differences in some features. First, whiles FaceTime only works on iOS-powered devices and products, Duo operates in both iOS and Android powered devices. Additionally, FaceTime is directly built into the iPhone’s dialer, but Duo from Google is a standalone application that is not yet connected to Android as an OS.

Initially, Duo was just a one-type pony that allowed users to only launch and chat through video calling. Now, the ability to chat with Duo without the video signifies that you won’t have to spend more battery or extra data just to make a video call, especially when you find yourself in a dying corner with low battery and data, and would like to contact someone you can only get through Duo. If your face is muddy too, you won’t have to show it unwillingly, just use audio calling and your voice is heard.

To get to the new audio-only calling feature, open the Duo application and then toggle the switch at the top from video to audio. That’s all, and you are in to make an audio call.

One good thing about Duo is that it uses cellular data or Wi-Fi in making calls. That’s a good feature to accessing someone if all you have at a particular moment is only data and not airtime. Though we might say that the audio-only feature seems to have uplifted Duo a little more above Google Hangouts, one of Google’s and the world’s best audio and video calling app on the internet, Duo is nonetheless a more specified, mobile-first option for the tech world.