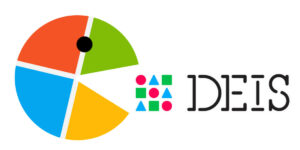 The software King Kong Microsoft, has acquired Deis, the startup that builds containers – a new and modern-era way of developing and deploying software. This new development comes as an upgrade to the cloud-oriented containers of Microsoft, especially at a time ‘containers’ are seen as the modern foundation of almost all cloud-based technologies.

Though Deis is small and the price at which it was purchased is not that significant, the decision hinges on Microsoft’s pledge to the new technology and software that will rule future online infrastructure. This move is not just another buyout – it forms part of a bigger move in the cloud computing world – but there is much significance to it because the one purchasing it is Microsoft.

According to Fortune, containers are a hot cloud topic, especially in this modern era where many organisations are gradually shifting their attention to third-party public clouds, like Azure from Microsoft and Amazon’s Web Services, to operate their modern applications

Microsoft says that for the past few years it has experienced, as a company, considerable growth in both development and deployment of container-oriented applications on Azure. Microsoft therefore expects the cloud-based applications from Deis to make Azure and subsequent cloud services simple for customers. It also expects Deis to increase accessibility and user experience for its already existing portfolios of container based applications including Windows, Azure, and Linux Container Services.

Though Gabe Monro, the technology officer of Deis, refused, for now, to talk about the terms surrounding the deal, it is unclear whether the startup will physically relocate, either all or part of its operations to where Microsoft’s cloud-based services operate from, Seattle, Washington. Deis currently operates in San Francisco and Boulder, as well as Colorado.

Customers and the tech world should however note that this is not the end of the cloud-based services offered by Deis. The startup will still produce cloud services and applications by using Kubernetes, an open-source software application that was developed initially at Google.

8 Ways to Transform Your Life for Better