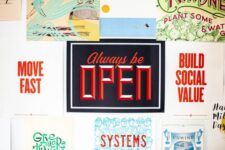 AMD just rolled out a new Tagline that speaks to its strongest underappreciated skill: the ability to partner closely and think out of the box while doing so.  The tagline is “Together we advance_” and the underscore at the end is intentional so that they can add something like “smart cities” to whatever effort they are highlighting. Let’s talk about taglines this week.

The importance of taglines

Taglines and slogans serve much the same purpose, but slogans tend to encompass the company’s mission while a tagline is a catchy phrase that creates an image of the brand. For instance, the taglines “Just do it” and “Fly the friendly skies of United” convey an aspect of the brand but not the mission of the company.  Slogans tend to be much longer. For instance, Reese’s Peanut Butter Cups’ slogan, “Two great tastes that taste great together” better encompass Reese’s’ products than IBM’s “Think” tagline encompasses IBM.  But both, if done right, enhance the image of the company.

What AMD has is a tagline and both tend to focus an ad campaign or provide a certain resonance for any long-running campaign so that you immediately connect any new ad to the running campaign reducing the copy or airtime you’d otherwise need.

The technology market is undergoing tremendous change right now, and AMD competitors like ARM, Intel, NVIDIA, Qualcomm, and VIA are all increasingly going after similar growth opportunities. These opportunities, while technical in nature, require that the companies competing for them be well differentiated so that potential customers are willing to give one of them an advantage.

While AMD is currently more than competitive, it needs to displace Intel and buyers are reticent to move from a vendor that has served them well to date for what may be a short-term product advantage. AMD needs to remind buyers what else allows AMD to stand out and back up that claim with examples that encompass the new and existing markets that AMD wants to penetrate. These markets include automotive, IoT, servers, gaming platforms, and PCs. Even where AMD is dominant, like in gaming systems, it’s facing increased competition. It needs to positively differentiate against those threats.

AMD’s biggest advantage isn’t its technology, which other companies may eventually overcome, but its ability to partner deeply and assure the result of the related effort. The biggest current example of AMD’s unique ability to partner deeply is the game systems from Microsoft and Sony. AMD was able to work with both companies to create competitive game consoles that otherwise wouldn’t have existed at the same price or performance level without AMD.  By conveying, repetitively, that the ability to partner is its killer feature, AMD can positively differentiate against the other chip companies and potentially take share from peer firms that don’t partner as well or that can often appear a little arrogant when it comes to customer problems or questions.

Wrapping up: “Together we advance_”

These are difficult times for the computer industry, which is both trying to differentiate itself to stay relevant while suffering massive supply and transport problems. Each company needs a way to stand out from its peers to increase consideration and sales.  AMD, following best practices, has created a tagline that encompasses its greatest asset: the ability to partner well. As firms like Intel attempt to close the gap, it’s likely AMD’s superior partnering capability will stand it in good stead for years to come.

In the end, the complete taglines will cover a lot of ground and industries, but my favorite will likely be “AMD, Together we advance_to a better tomorrow”. Because given how this year has been going so far, I think we all are looking forward to that “better tomorrow” today.