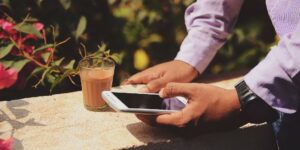 Buying a phone is a pretty big investment. There are a lot of factors that have t be out it consideration before you finally decide on one. However, here are the most important ones

One of the aspects of a mobile phone that are put into consideration the most is the screen. Most people often prefer their phones to come with bigger screens but the truth is that the bigger the screen of your phone, the more the amount of battery power it is going to consume (due to brightness maintaining resolution, etc). LED screens are the undisputed leader in the screen front due to the fact that they consume power far less than LCD screens. They also do not need to be backlit, they really bright screens, they truer blacks, wider viewing angles. However, they have far less heat dissipation than LCDs, so you might want to consider that as well. In truth, the best screen available right now is the HD SUPER AMOLED which can be found on most Samsung phones.

The processing speed of a phone will determine a lot about its functionality, including whether or not you will really enjoy making use of it if you’re looking for a phone that packs performance, then you’ll need to pay close attention to the processor speed.

Camera quality is also important. If you’re the type to want a phone for social media and other creative purposes, then the chances are that you’ll need something to take a lot of pictures. For your pictures to be of the highest quality, you will need a smartphone that has high megapixel rates.

The ability of a smartphone to synchronize with other devices is also an important factor in determining just how desirable it is.

If you’ve got as MacBook, then it might be better for you to get an iPhone. That way, you’ll be able to synchronize both devices perfectly and share files between them seamlessly, computers running on the Windows OS don’t have any issues with this as they have a better sync rate with other operating systems; Windows Phones, Android OS, and even iPhones (provided you have an iTunes PC Suite installed on the computer).

Also, another thing to look out for with memory cards is that you should ensure it is compatible with your phone. Some phones are pretty picky with the whole memory card thing so before you leave the phone accessory shop, test it with your phone for compatibility assurance.

This is perhaps the most important feature that you will have to put into consideration. The price of a phone will determine whether you can even purchase it in the first place. You can’t worry about storage space and other specs of you’re never going to hold the phone, can you? If a phone fits right into your budget, then you’re free to go for it by all means. However, if it proves to be a tad too pricey for you, it might be better to pump the brakes a little. Cell phone prices vary from retailer to retailer so you might want to take comparisons before shelling out your cash. If you like cell phones LG, for instance, make sure to compare its price with other retailers to get the best deal possible.

Give Your Business a Huge Boost with Localization