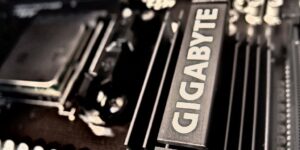 Building a gaming PC for the first time can be a pretty daunting prospect for potential PC gamers, and not without good reason – there’s definitely a lot of misconceptions about PC building floating around the internet. Usually, things like “PC building costs thousands of dollars” or “You need a ton of technical knowledge”.

Fortunately, neither of those things are true! Many PC builders (Like myself) got started when they were still kids – and you can acquire all the parts you’ll need for around the price of a new game console!

All in all, getting into PC gaming is easier (and cheaper) than ever before, and there’s plenty of awesome guides out there that will get you started the right way.

However, there’s no harm in acquiring as much information as possible before rushing off and dropping $400+ on parts – and that’s where this list comes in! To make the process of building a gaming PC a bit easier for you, today I’ll be giving you my 5 top tips for building your own gaming PC.

Without further ado, let’s get started.

This step may seem self-explanatory at first (After all, you have to actually choose what parts you’re going to get before assembling a PC), but there’s more to the planning phase than meets the eye.

For instance, it isn’t enough to simply order the most powerful CPU and video card you can find on Amazon and slap ‘em into a random cheap motherboard and PC case. That’s asking for trouble, and it certainly won’t get you any closer to playing your favorite PC games on high settings.

Instead, you’ll need to plan ahead and make sure that every single one of the components in your potential build are 100% compatible with each other. Trust me – I’ve screwed up there more times than I can count, and paid for it. Dearly.

“But how do I check for part compatibility?”, you might be wondering.

Well, I use a handy-dandy website called PC Part Picker for that purpose alone – simply enter the parts you’re thinking of grabbing for your build, and it will let you know of any major incompatibilities.

It’s saved my bacon (And my wallet) on more than one occasion! However, it isn’t infallible, and a few parts will more than likely fall through the cracks every now and then. If you’re ever in doubt, hop on the r/buildapc subreddit and ask them for compatibility advice!

The extra few minutes (Or hours) it will take you to receive a response from them is well worth the amount of time and effort you’d otherwise have to expend to ship your parts back for replacements.

One of the most common mistakes new PC builders make is throwing out their “miscellaneous junk” – wires, papers, manuals & boxes – right after the build is done.

Do not make that mistake. Seriously.

Unless you’re the most organized person in the world, and someone with the memory of an elephant, you are absolutely going to misplace tiny (But important!) screws, wires, and connectors.

Keeping the boxes, receipts, handbooks & other miscellaneous stuff that came with your parts will make life much easier for you.

It’s also surprisingly easy to forget what the model numbers of many of your components are (Particularly motherboards) – having the boxes stuffed in your closet or garage somewhere will make getting that information much easier down the line.

And hey, you never know when one of your components’ power cords will stop working – having spares handy is always a good thing.

#3 – Don’t Cheap Out On The Power Supply

Another common mistake that is often made by even veteran PC builders is cheaping out on the Power Supply Unit (Or PSU for short). There are several reasons you don’t want to do this, but the biggest problem is the amount of damage a faulty/low-quality PSU can do to the rest of your components.

If your PSU short-circuits, it could cause some serious, irreparable damage to the rest of your rig – particularly your motherboard. On the other hand, if you have a good PSU, you’ll be protected from power surges and even some crashes due to things like overclocking.

On top of that, going with a cheap PSU often means going with a very low-wattage PSU. All of the parts in your rig require a certain amount of power to run (Watts, of course), so making sure your PSU meets – and ideally exceeds – those power requirements is a critical step of the PC building process.

For most gaming PC builds, 600W is going to be enough (And you can often get away with 500W or less). However, having a higher-wattage PSU is definitely not going to do any harm, and will make it less of a hassle to upgrade your components down the line.

In terms of choosing a reliable PSU, I highly recommend sticking to well-known, reputable manufacturers like EVGA, with at least an 80+ certification.

#4 – Consider Building Outside Of The Case First

In my experience, it’s usually best to start the part assembly process before you stick a single component into your new case – just make sure you do so on an insulated surface (For reasons I’ll mention in a moment).

The major benefit to doing this is that you have more room to actually assemble parts. Even the biggest of PC cases can feel surprisingly restrictive to maneuver in when you factor in larger components like your GPU, or your CPU’s heatsink.

Also, make sure you ground yourself before working with your motherboard or other components directly – this helps prevent any excess static electricity from damaging your more fragile components. To do this, simply touch a nearby piece of metal.

To that end, (And this is probably obvious by now) never build your PC on the carpet.

Yeah, yeah, I know – this one’s also pretty obvious. Still, it’s one thing a lot of new PC builders tend to overlook in their excitement. I know, because I was one of them!

The case and motherboard manuals will be your best friend during the PC building process, and will likely answer most of the questions you have that relate to “Where do I plug X into Y?”.

Having said that, it’s always ideal to have a good tutorial video pulled up on a nearby laptop, phone, or tablet, to give you more general guidance (The manuals are for specific-to-your-build instructions, as every case and motherboard is just a bit different).

While we’re on the subject of motherboards and cases, make absolutely certain that you use the motherboard stand-offs that likely came with your case – these are not optional. If you try to screw your motherboard directly into the case, you run the very real risk of warping the entire thing, damaging it beyond repair. I made that mistake with my first PC build!

How games have influenced modern culture

TOP-5 the Most Necessary Programs for Windows