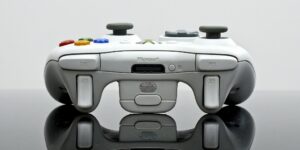 The cultural sway of video games is no longer avoidable. Far from being a hobby that few people have heard of or understand, gaming has managed to claw its way out of the depths of its own subculture to become something far more mainstream and an integral part of modern life.

The gaming industry is one that has always been in a state of evolution. To keep up with demands and cultural shifts, games developers have had to keep abreast of trends, technological developments and patterns in consumer behavior. The pastime’s first introduction to modern culture came in 1997 as the widespread legalization of gambling appeared across the United States, bringing with it a wave of new players looking for entertainment and engagement. That year, the first pop-culture-themed slots began to appear, and gaming has never really looked back. Now, gaming is as influential on culture as movies, television shows and celebrities are upon gaming. One look at a casino site such as Netent is proof enough of how entwined the two really are, with game after game inspiring or being inspired by modern culture.

Anyone who cares to look at the latest movie releases will see how inspiring the gaming industry has been on the movie studios of the world. Release after release is a direct crossover or has at least been influenced by one of the many popular gaming titles of recent history. Assassin’s Creed, the Resident Evil franchise and Warcraft are three of the most recent examples, but there are literally hundreds of these movies in production or in the pipeline, including those inspired by seemingly simple app games such as Fruit Ninja. This is further evidence that the gaming industry is influencing modern culture. Inspired by the popularity of mobile and online gaming and perhaps in awe of the revenue generated by these titles, filmmakers, television studios, and even comic book writers have taken turns to produce crossover content that appeals to gaming audiences and fans of particular franchises. In turn, gaming has become more mainstream than ever, as audiences choose what to watch and play based upon popularity and recommendations.

Gaming and the rise of interactivity

Thanks to increasingly innovative advancements in computer technology, the games industry has become fully interactive, encouraging gamers to explore online content, converse with one another and even experience certain images, sounds and sensations as if they were a part of the title that they’re playing. In return, consumers have come to expect the same kinds of interactivity from modern life, with the gaming concept bleeding into other art forms. Theater shows, for example, now aim to offer some of the philosophies of gaming, while social media has stepped forward as an integral part of modern culture. Audiences are no longer content to passively consume media – a phenomenon facilitated and encouraged by the rise in mobile and online gaming. Indeed, modern culture is available at the fingertips of its consumers as is this new wave of mobile gaming.

The relationship between games and mobile technology

The widespread use of mobile phones and tablet devices has gone hand in hand with games development. Indeed, it could be said that gaming has influenced the rise in device ownership, as consumers continue to view their phones as so much more than a means to call, text or email others. These kinds of devices ensure that gamers can continue to play regardless of where they are and what they’re doing. In turn, the increasing popularity of casual gaming has forced sales of mobile devices and smartphones to the highest that they’ve ever been. This era is dominated by reliance upon technology, which many believe gaming facilitates and even encourages. The ability to choose more sophisticated electronic devices has become an integral part of modern culture, and shopping and spending habits have changed beyond recognition. The gaming industry and its ever-changing demographic has played a huge part in shaping such a culture.

The cultural legitimacy of gaming became evident in 2015, when the World Video Game Hall of Fame was established. Located at the Strong National Museum of Play in Rochester, New York, the Hall of Fame celebrates the video and online games that have made the biggest impact, both on players and culturally. It features titles such as Pac-Man, Angry Birds, Final Fantasy VII, Donkey Kong and The Sims, to name but a few. The creation of such an institution goes a long way toward proving what many gamers have known for some time: far from being a hobby enjoyed by an elite few, gaming is now making waves across modern culture. From television and movies to books, comic books, online content and the ways that consumers use their devices, video games continue to define modern culture. Only time will tell where it will lead next.

How to Fix Your Windows 10 Taskbar?

5 Tips for Building a Gaming PC