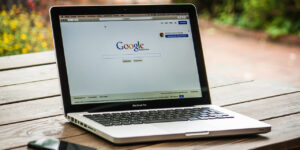 In the last few weeks, Google has been banning fake-news websites that use its AdSense platform to generate revenue.

This is the latest in a recent string of moves made by the search engine to improve the quality and reliability of the sites it lists. Early 2016, the Penguin 4.0 algorithm was released, including new measures designed to reward good content and punish low-quality websites.

People adapting various kinds of strategies to get high search engine rankings But The question is, what are the exact changes Google’s made in 2016 – and how will the search engine be different in 2017 as a result?

Read below to find out.

Most of Google’s search engine algorithm works in real-time. This means rankings are updated automatically and instantly whenever a website does something “good” or “bad”.

The catch is, this only applies to the core algorithm. Penguin 2.0 and 3.0, both of which were updates and not core algorithm elements, worked with a delay – meaning your rankings were not updated instantly.

As a result, Google’s search engine rankings were often inaccurate. Bad links and low-quality content, which Penguin 1-3 were made to fight, could go unnoticed for weeks and months. Websites containing them often stayed on Google’s first pages for a while.

Penguin 4.0 fixes this by being completely live and re-crawling links and pages regularly. This means Google is now more responsive, accurate and hacker-proof – all of which contributes to better content, as does…

2. An Emphasis on Quality

Google’s 2013 Hummingbird update was built around rewarding high-quality articles, videos and podcasts. Facebook followed suit with a summer 2016 content-centric update to its algorithm.

Since then, both online giants have focused on rewarding high-quality content. As you already know, Google just showed its commitment to trustworthy, premium information by banning fake-news websites from running its ad platform.

This trend is likely to continue in 2017, as Penguin 4.0 checks websites for User Generated Content, paying special attention to spammy posts and comments – and downgrading them in the search engine where necessary.

3. Entire domains are no longer penalized

In the past, a massive problem with Google’s algorithm, including the Penguin updates, was that a string of small, innocent mistakes could get your website banned from the search engine.

For example – let’s say you’re running a young website like this one, and you try to make high-quality content. In the past, a spammy comment someone made on one of your articles could result in you being downgraded or losing search engine rankings permanently.

With Google Penguin, this will no longer be the case. Bad links and pages will be “punished” separately from the rest of a website. The final decision will be left to Google employees – but provided it doesn’t appear that you’re up to anything evil, the chances of your whole website getting downgraded will now be lower.

Most end users didn’t notice Penguin 4.0 coming out in September 2016. The transition went very smoothly because Google designed its platform in a modular way. It works smoothly and continuously, even when the algorithm it uses is changed or updated.

This means we can expect more changes to happen in 2017. Most people will never know about them, just as they didn’t know about Penguin 4.0 – but you can bank on Alphabet, the company that owns Google, continuously improving their algorithm on an ongoing basis.

The question is, what will they change next?

To recap, here are the 4 ways you can expect Google to be different in 2017:

1. Penguin is now a part of the core algorithm and live

3. Entire domains will no longer be penalized (each and every time)

4. Even with all the behind-the-scenes changes, most people will never notice anything

What do you think – is it a good or a bad thing that Google is making changes like these? Is the money lost by businesses who fall from search engine rankings worth a better consumer experience?

Let us know in the comments below – and share any other ways you know that Google will be different in 2017!

Three Predictions for Casinos in 2017