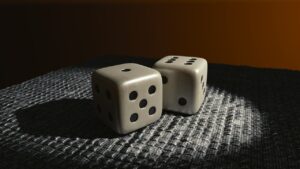 Casinos, both the online and offline variants, need to evolve to survive. It’s the same philosophy that put games like poker, slot machines and blackjack on consoles and mobile phones, and the one that will ensure the sector isn’t just another footnote in the entertainment industry’s expansive history. But what can gamers expect from the casino industry in 2017 and beyond?

Innovators have already pounced on virtual reality (VR) headsets like the HTC Vive as a way to bridge the two very different worlds of online and offline casino (especially as far as social opportunities are concerned) but VR is still a new technology that’s unlikely to gain any kind of mainstream traction until second- or third-generation devices appear, and headset prices fall (which is why VR didn’t quite make it to tgdaily.com’s list of influential inventions yet) The price and quality of different devices was recently the subject of a CBCNews.ca article.

Here are a few predictions for casino’s coming year:

It might sound like a cynical point but in some casino games, like slot machines, there’s not much interactivity or skill required on the part of the player – that’s part of their appeal; some people just like to see how fate favors them on any given day. However, as far as mechanics go, luck-based gaming may be on its way out.

Casino stands to learn a lot from video gaming, specifically old-fashioned arcade games (Space Invaders and their pixelated ilk) and modern shooters like Call of Duty. The former already features as a playable option at Royal Vegas, one of Canada’s favorite casinos according to canadascasinos.ca, in the guise of a simple adventure game, Max Damage and the Alien Attack.

Casino is a strange industry – players are just as likely to find a brand that offers every payment method under the sun as they are to find one that only accepts Visa and MasterCard. However, support for extra payment options is a great way to get new customers on board; after all, people with Bitcoin, a new type of digital money recently featured on the huffingtonpost.ca website, can’t play at certain casinos if the cryptocurrency isn’t supported.

With that latter currency (Bitcoin) in mind, casinos may find themselves compelled to work with niche payment processors in the future just to stand out in an oversaturated market. Bitcoin accepting-casinos are still quite an underground movement so there’s a definite opportunity for a major operator to appeal to Bitcoin players, backed by a more sophisticated gaming environment.

Even ignoring Bitcoin though, brands can diversify their payment structure simply by partnering with PayPal, Skrill or Neteller, which allow customers to make deposits in their native currencies.

Live dealers are valuable tools as far as getting new players on board is concerned, simply because they inject a social element into online play, and can be great mentors for newbies. They’re far from a new invention though (of the top six casinos listed on online-slots.ca, four offer some form of live play) and they’re still fresh enough to be improved upon in the New Year.

For instance, some casinos, especially those operating in European and Canadian countries, are hamstrung by the fact that their live dealers are unable to cater for players’ respective languages and time zones. Brands offering just three native speakers with different schedules could support a significantly larger audience than a single English person in the USA.

Variety in live dealing needs to become more than a range of different, beautiful people for customers to play cards with.

In summary, it’s likely that casino’s brightest will spend 2017 supporting many of the technologies and trends that typified the industry’s year to date. Mainstream VR is still a distant dream, especially given the rather lacklustre offering that poker players in particular enjoyed in 2016, but the technology’s ascendency may not be too far off at all.

Are Coupons and Codes Worth the Hassle?