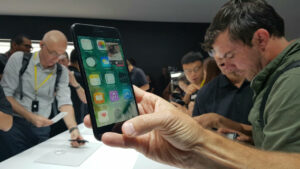 Apple is heavily banking on its latest set of features and shimmery color to do the trick with the iPhone 7 this year.

But we really need to ask ourselves whether Apple has done enough this year to compel more Android users to shift to iOS.

Going by how things have been over the past couple of years, it has become a futile exercise to wait for Apple to blow us away with innovation — that was Steve Job’s daily business.

Moreover, whatever Apple puts out, Android usually has got it covered already, and for a much lesser price than what you’ll have to pay for the iPhone flagship phones.

Here are the five iPhone 7 features that are already there on Android phones for an affordable price.

Finally, we get an iPhone that can withstand a few splashes of water and dust. The IP67 certified stamp on the iPhone 7 and 7 Plus is very welcome. However, it is worth noting that the new Samsung Galaxy S7 also has the IP67 certification and costs less than its Apple counterpart.

That’s not all though, there are other Android phones which offer water and dust resistance for a fraction of the price. Not that big a deal after all.

Not every iPhone user wants a dual-SIM phone but it wouldn’t harm Apple’s chances of appealing to more buyers if it were at least an extra option.

This is especially the case in countries like China and India, where there is a market for dual-SIM support.

While there are plenty of dual-SIM Android phones in the market, across different price brackets, our pick would be the OnePlus 3, a 64GB phone with a quality camera and yes, support for dual-SIM.

Its a matter of time before we see major tech companies warming up to dual-cameras. The iPhone 7 Plus gets two 12-megapixel cameras at the back and Apple says the Optical Zoom feature is built into the hardware of the phone for the first time.

If you are looking for Android phones with a dual-camera set up, there is the Huawei P9. The phone is supposedly powered by Leica-branded cameras — ideal for shutterbugs. With the P9 you get a quality camera, without the need to sell your kidney.

Apple isn’t the first phone brand to ditch the 3.5-mm audio jack. They might end up making it better than anyone else, but for now, Apple has to admit they lost the race to China’s LeEco. The company’s, earlier announced, Le 2 and Le Max 2 have already discarded the traditional audio port for the USB Type C.

While you might say that Apple is bundling an audio jack adapter with the iPhone 7, take a look at the price difference.

32GB Version of the iPhone 7

Apple has ditched the 16GB model with the iPhone 7 (at last), as well as the 64GB one. This means you get to pick between 32, 128 and 256GB versions now. Dare we say, the top storage model could easily cost you a small fortune.

There are Android phones which let you have 256GB storage for less than $600. You can also opt for the Xiaomi Redmi Note 3 for less than $200 for the 32GB model, and it comes with a 16-megapixel camera.

Are software companies a good investment?

HTC ONE A9s: an update worth?