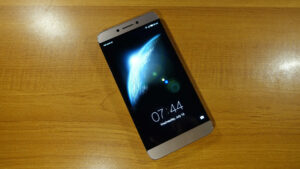 It’s barely been six months since LeEco burst onto the scene in India, but man, just take a look at how much fanfare (and noise) the brand has generated!From an impressive lineup of launch devices to big tie-ups with local content partners, it seems everywhere you look, LeEco is there.

With the Le Max 2 (and the Le 2),LeEco’s got its second wave of devices that push the envelope in more ways than expected – not just for the specs. But does it edge ahead of the Mi 5 and the OnePlus 3 to make a serious play for your wallet?

LeEco’s thrown in everything (and the kitchen sink, for good measure) when speccing out the Le Max 2. On the 6GB RAM variant I tested, you get thedu jour 2016 flagship fare – the quad-core Qualcomm Snapdragon 820 chip, 64GB of storage, and a 5.7-inch quad HD LCD display – though there’s a “base”variant, if one can call it that, with 4GB RAM and 32GB storage.

As expected, the phone handles its daily duties and never misses a beat even when pushed to multitaskbetween multiple memory-heavy applications.

Of course, as with the OnePlus 3, the 6GB of RAM is a bit of overkill even for the most consummate of multi-taskers, andthe cheaper 4GB variant looks like the more sensible choice unless you’re solely after the bragging rights.

The phone runs the custom EUI 5.6 based on Android Marshmallow 6.0.1 and like a lot of its Chinese brethren, LeEco changes a lot of the stock Android interface elementslargely for the sake of differentiation, though it does support Marshmallow’s improved app permissions and Now on Tap search features.

The bigger differentiator is LeEco’sSupertainment content package, delivered through the Live and the Levidi apps. The former lets you stream some popular national and regional TV channels while the latterstreams full length movies from content partners such as Colors TV and Eros Now, etc.

It’s a unique differentiator, and getting access to a year’s worth ($75 a yearsubscription package) of content would sound like a much sweeter a deal if the video wasn’t hobbled by a maximum 396p resolution. This is a quad HD screen, for crying out loud!Also, bear in mind, you’re going to need a good data plan if you plan to use this package to the fullest.

The design language is a familiar one, one we’ve seen in many devices previously, and not just those from LeEco. The lines are clean, the edges chamfered, the metal unibody,and the build quality top notch, but it lacks any real flair, and with the 5.7-inch screen, you have a phone that’s not only heavy but ungainly to use one-handed as compared tothe OnePlus 3 or the much more manageable Mi 5.

The camera module protrudes out from the rear a fair bit, making it prone to dents, scuffs and scratches over time. The fingerprintsensor, placed right below the camera module, is a tad slow too.

But the biggest inclusion (or lack, rather) is the good ol’ 3.5mm headphone port. Now, we’ve all heard rumours that Apple was ditching the port in the next iPhone and it makes a greatstory to pip Apple to the post, but we really question what the “feature” achieved.

Sure, digital sound going over USB-C audio (with the headphones packing dedicated circuitry to receivethe digital audio signal) theoretically avoids any loss in quality, and the included pair of USB-C headphones offered a good soundstage and largely favoured the highs and vocals, but the bassresponse was muted and I didn’t think these earphones were particularly comfortable for extended use.

Oh, and did I mention that you can’t charge the phone while listening to music? Bit of ahassle, really, and a marketing gimmick in the end.

The camera, a 21MP affair, is quick to focus in good light, though a tad slower in dimly lit conditions, and turns out pretty decent images across a variety of shooting conditions.

The 21-megapixel camera flatters to deceive.

That said,the camera isn’t exceptional for its price bracket, even though it’s blessed with Phase Detect Autofocus, Optical Image Stabilization and dual-LED dual tone flash. The 3100mAh battery lasts wellpast a day of use, but LeEco could have tried to fit in a bigger battery given the dimensions of the device. Saving grace? Quick Charge 2.0.

The Le Max 2 ticks off a lot of the boxes for a flagship-at-a-steal device, but you need to jump through the flash sale hoops to buy one.

Pit it against the OnePlus 3, and the higher res displayand streaming content package of the Le Max 2 duke it out with the better ergonomics and much more polished software experience on the OnePlus. Take your pick.

(Tushar Kanwar is a technology columnist and commentator  He can be reached on Twitter: @2shar.)