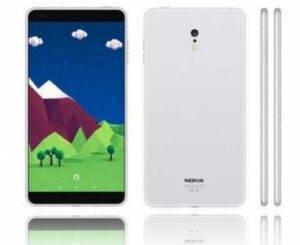 The day has finally come when Nokia can openly admit that they will be making the Android smartphone and tablet. The Finland-based company has entrusted HMD Global to make the devices that will be offered to consumers across the globe in the foreseeable future.

Interestingly, the announcement from Nokia comes at a time when Microsoft has sold off its final Nokia-branded asset, the feature phone business to Foxconn’s FIH and HMD Global.

With this business, Microsoft has washed its hands off the mobile division. However, the company promises to offer regular updates to its existing line up of Lumia handsets like the Lumia 950 XL and Lumia 650 among other Windows phones.

We Missed You, Nokia

There are no words to express our delight in seeing that Nokia will finally end its exile from the mobile business. As per the agreement that was discussed between Microsoft and Nokia, the company cannot sell the phones before 2017, which frankly is not too far away now.

The fact that Nokia will be making Android phones gives us the impetus to say we told you so. Nokia is still one of top brands revered around the world for its quality and durability. It was seen as the Maruti-Suzuki of mobile phones, and we expect much from Nokia, who has been missed all these years.

While Nokia can bask in their comeback glory, things are much different in the mobile space than it was in the early 2000s. If and when Nokia comes into the market, they have the likes of Micromax, Xiaomi, and Motorola to contend with. The competition is feisty, the market is crowded, with a lot more challenges than ever before.

A Look at the Indian Made Mercedes-Benz GLS SUV

How having an HR department helps you attract great talent