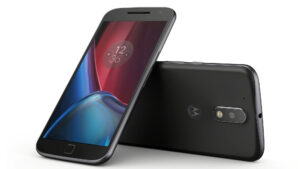 Motorola’s big revelation this week has come in the form of the Moto G4 Plus. This was also the first time that a stronger Lenovo contingent was part of the Motorola team, along with Amit Boni, Country Head for Motorola India.

There are a lot of firsts that can be associated with the Moto G4 Plus that will be available only on Amazon this time.

Motorola spoke extensively about the needs of the consumer, and fair to say they’ve answered most of the questions people are asking from a phone that costs upwards of Rs 13,000 these days.

You get the latest Snapdragon 617 octa-core processor paired with 2/3GB RAM depending upon the 16/32GB storage model you choose. It’s great to see that the turbo-charging is now supported by the Moto G4 Plus, something that the power users will always treasure. The other important thing to note here is that the Moto G4 Plus gets a 16-megapixel camera with Professional Mode options also on offer.

Motorola’s stuck to its bloatware-free Android interface and by opting for Android 6.0 Marshmallow, we expect nothing less from them. Like most other phones in this price range these days, the Moto G4 Plus gets a fingerprint scanner on the front, however, this has come at the cost of limiting the phone to a single speaker. The front-facing dual speakers will be sorely missed.

But there are a couple of things that we’re finding hard to understand. The fact that Lenovo now owns Motorola means that the company has the Vibe K4 Note, ZUK Z1 by Lenovo and now the Moto G4 Plus all selling within the same price point.

Back in the day, Lenovo said that Motorola would function as it stands, but globally the brand is now recognised as Moto. For buyers, the options served on the platter are not only diverse but eye-catching as well.

What Does the ‘Plus’ Mean?

Motorola has smartly decided to sell the Moto G4 Plus in India while Brazil is where you’ll get the Moto G4 right now. The whole point of having a ‘Plus’ phone indicated the difference in size and some features that add to the product cost.

In the case of Moto G4 and Moto G4 Plus, the display size and the resolution and the processor are same. There’s a difference in the RAM count, addition of a fingerprint scanner and bigger pixel camera on the Moto G4 Plus. For a small difference it’s quite obvious what the buyer might prefer.