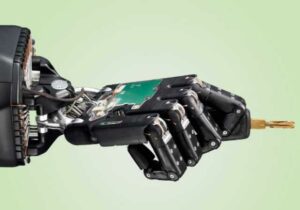 Self-driving cars have been on the roads in limited tests in a few cities around the country for the past few years. So far there have been over 14 minor fender-benders but according to the companies like Google and Tesla who are testing the vehicles none of the accidents were caused by the self-driving cars and no one was hurt.

But a few weeks ago Google reported the first injury accident involving a Google car, and yet again, it wasn’t caused by the self-driving car. The Google car was at an intersection in Mountain View, California waiting for traffic to clear when it was rear-ended by a human-driven automobile. Three people had to be taken to a local hospital suffering minor whiplash injuries.

A lot of people are skeptical about autonomous autos puttering around the streets and you can hardly blame them. Over the years we’ve seen clip after clip of military robots lumbering around like punch-drunk fighters in slow motion, falling over for no apparent reason and flailing around until their operators rush in to right them.

And I remember watching those early cross-country, self-driving car races in the Nevada desert with cars running off the road, getting stuck on things and crashing into obstacles at painfully slow speeds. You had to wonder if any of those cars would ever manage to finish the race even at a crawl.

We’ve all seen toys, robots and dozens of other machines charging off in the wrong direction and smashing into things. We’ve also seen computers, phones and all sorts of electronic devices behaving erratically before they also ‘crash.’ So naturally we come to the conclusion that sooner or later a self-driving car is going to go berserk and plow into the side of a building for no reason.

It won’t be long before self-driving cars will be commonplace and eventually we may even reach a point where all new automobiles will be required to be self-driving in the interest of public safety.

Life is short; Get hacked.