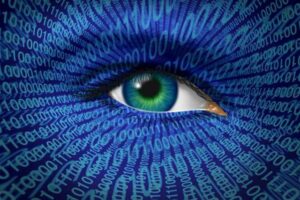 Despite the cries of imminent doom that many lawmakers are wailing on Capitol Hill, there is no danger that the NSA, the FBI or whoever will stop spying on American citizens even if the Patriot Act is rejected, amended or renewed.

The controversial 215 provision of the Patriot Act that allows any government agency to collect phone metadata of millions of people without a warrant may or may not still be in place depending on what Congress ultimately decides to do, but that doesn’t mean much. Those records will simply be stored by the phone companies – which they already do – and the NSA or FBI can still access those records any time they wish. And they still won’t need specific warrants to get the records for specific people. There are so many vaguely worded laws on the books that allow government agencies to gain access to all sorts of records with little or no reason that it won’t be that difficult for spy agencies to continue what they are already doing (and even if they wanted to obtain a warrant they already have their own secret court to give them whatever they want).

And, of course there is the very real possibility that the NSA will just keep on doing what they are doing regardless of whatever laws Congress enacts and simply hide the fact that they are still doing it.

Then there is the fact that even if the NSA can’t continue collecting all that data they can just ask Canada or the UK or any of the other country’s spy agencies that we have agreements with to give it to them.

Personally I don’t think that terrorism in the U.S. is going to spike simply because Congress can’t decide what to do about the Patriot Act. In fact I strongly suspect that the bulk collection of phone records has turned out to be a complete bust, that the NSA and FBI bit off more data than they could possibly sort through and it didn’t really give them what they were hoping for in the first place. I wouldn’t be surprised if there were people at the NSA saying to themselves ‘thank goodness we don’t have to keep storing all that useless data on our own servers, and if we ever decide that we need it we can still get it whenever we want.’

Probably the only thing that will happen if 215 is allowed to lapse is that the phone companies will claim that storing all that information is going to cost billions of dollars and therefore they will need to raise everyone’s rates.

Ironically, we will probably all end up paying to insure that the government can still spy on us.

Dell DAAC vs. HP Discover: Why Dell is Winning and HP is Failing