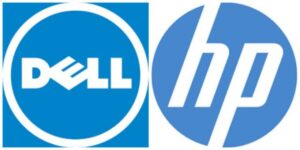 This week was Dell’s Analyst conference and next week there is HP Discover but I’ll be at VCE’s analyst conference in Chicago instead.  Back in 2013 I wrote about how IBM had expertly outmaneuvered HP by anticipating what they would present at Discover at their Edge event.  I expected that this resulted in a lot of customers who experienced both events losing faith in HP.  What I found fascinating then, and now, is HP is run by Meg Whitman who attempted to run for California Governor and effectively set herself up to lose by making a similar mistake.  If it had been me and I’d lost millions because I didn’t anticipate a rival I’d learn, or hire someone that could advise me, on how not to make that mistake a second time yet there we were.

This year as HP ramped to HP Discover they invited a large number of analyst and then told them after they accepted that that they’d have to pay their own way.  This not only pissed off the analysts it pissed off their firms and now these people are all going to be flying to Las Vegas to attend a customer event and, if asked, they are likely not going to be kind to HP at HP’s own event.

At some point you just have to wonder if the company’s plan is to fail because it is actually really hard to imagine any firm is this foolish.

Let’s contrast Dell and HP a bit this week.

At DAAC one of the recurring themes was how long the executives that were presenting had been at Dell.  The apparent argument is this extended tenure speaks to how loyal they are to Michael Dell personally, how experienced they are, and how stable the related relationships with customers.  Most of the presenters measured their tenure in decades.  In addition each is effectively a subject matter expert in the area they manage.   Dell’s message was that Dell has as a core asset an experienced team of executives who can provide a consistent and stable relationship.

HP has been the poster child for turn around.  Executive tenures are measured in months and they appear most loyal to their own careers and haven’t even known their CEO for very long and virtually none of them have worked with her before they went to work at HP.  At discover I doubt they’ll have much more of a message than “we have a great product, check it out!”

Another core message from Dell is the advantage of being private.  Dell spoke at length on how this gives them the flexibility to innovate and explore new markets because they don’t have to fear the adverse impact on quarterly financial statements.   This is sharply contrasted with HP’s need to dramatically cut costs and employees adversely impacting development, innovation (risk taking), and HP’s ability to pivot to new opportunities.  From Dell the core message here is that we are free to do the right things for customers and our future now, from HP they are tied at the hip to the financial market (just look at their board) and their message will be “we have a great product, check it out!”

One of the most pronounced messages was on how PCs remain a strategic part of Dell and a core component of their end to end market strategy.  Dell provided a strong roadmap to the future with details I’m not allowed to share.   In contrast Meg Whitman has flip flopped on her plan to keep PCs and printers, and instead, now plans to spin them out along with most of the company’s debt all but assuring that the divested company will fail.  Ironically at HP PCs have been one of their most successful divisions but Whitman has decided to spin it out with printers effectively flip flopping on her promise to keep the company together and in sharp contrast to Dell’s message.

So from Dell you got that, with the exception of Smartphones, clients are a core part of their strategic future and they plan to do amazing things with Windows 10.  From HP, PCs and Printers are currently a core strength but they are instead appeasing their financial masters and getting rid of them, but, don’t worry, it’ll all work out.

The final message that Dell drilled into us was that their company is cohesive.  It starts with a corporate strategy that Michael Dell personally shared with the audience.  Each division and function then dovetailed underneath.   Particularly exceptional was the Dell investment and M&E organizations which form a powerful team which helps fund innovative startups and then, if appropriate, husbands them into Dell acquisitions.  And Dell’s acquisition process is unique in that they identify the assets that they value and protect them during the process.  HP in contrast is more like a group of mini-kingdoms under an empress where the strategy, if it exists, is ad hoc and bottoms up and the acquisition process is comparatively rushed and famous for destroying the companies acquired.

Dell is a mass of best practices from how the company is structured and run to how the company sets and executes strategy.  HP is a mess of halfway executed strategies backed by a board that clearly is out of its depth.  Dell has gone back to their pre-public past and found their heart, I don’t think HP has killed theirs yet, but it’s getting close.  Currently they are working hard to keep people like me from telling this story but you can quickly see through this effort.

One of the benefits of a founder and subject matter expert like Michael Dell, or Steve Jobs for that matter, is they intuitively understand what their companies stand for and if the ship gets off course, find it again.  An outside CEO can’t really do this, they need help and direction from an experienced board.  HP is badly broken but it could be fixed, the template is in Dell all HP’s board has to do is open their eyes and see it.  They can’t though, too many people in critical positions in the firm are just too vested in keeping those eyes closed.  If you go to HP Discover morn with me the end of a once great company and ponder why they can’t simply look at what Steve Jobs or Michael Dell have done to engineer a rebirth back to their historic majesty.

A general thought after watching a lot of CEOs, some do the job because they have a vision for the future and want to see it come to life, others do it for fame, money, and the promise of having lots of wonderful toys and status.  Most successful companies are showcases of the former type of CEOs, firms that struggle and fail are often the result of the latter class.  After seeing Michael Dell and Meg Whitman, do you see the difference?

Don’t worry, NSA and FBI spying will continue no matter what Congress does