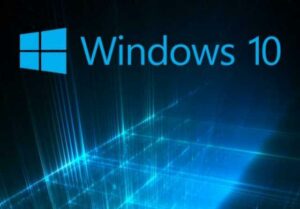 On July 29th Microsoft will begin shipping Windows 10 and it will be free for Windows 7 and Windows 8.1 users.

Depending on who you ask Windows 10 will either be a synergistic blend of the best features from earlier versions of Microsoft’s previous OSs or a mishmash of features simply slapped together because so many people complained that things like the start menu were missing in Windows 8.1.

And there are many people who don’t want to upgrade to any new version of the OS beyond Vista (heck there are a lot of people out there who refuse to let go of NT).

Then there are the people who won’t want to upgrade until others have had a chance to bang on the OS for a while and find the inevitable problems.

Personally I fall into the last category. I realize that it’s inevitable. Sooner or later we all must follow where Microsoft leads if we want to continue harvesting the benefits of what has always been a damned good OS (if you are a Windows user that is).

If you’re a die-hard iOS user or Linux-head then Windows has always been crap and there is nothing Microsoft could possibly come out with that would get you to switch.

Now I rarely jump on any new bandwagons until I absolutely have to. But generally speaking, I’ve been quite pleased with new versions of Windows once the dust has settled after a new release.

I’m using Windows 8.1 now, not because I chose to upgrade an older OS it was because my old PC needed to be replaced and my new laptop came with 8 when I bought it (the dot 1 came later).

And yea, it took a few days before I realized that I could ignore the features I didn’t like and use the computer pretty much the way I had in the past with older versions of Windows. In fact, after playing around a bit I realized that there were some features in 8.1 that are actually quite nice (split screening at a keystroke is very helpful).

There are still a few annoying things that I don’t like in Windows 8.1 but, for the most part they are minor. I doubt Windows 10 will fix the things that I perceive as problems, but it sounds like some of the new features will actually be helpful.

So, are you going to upgrade to Windows 10 when it comes out next month, wait a while or stick with your old OS?

Don’t worry, NSA and FBI spying will continue no matter what Congress does

Jaws Returning to Theaters to Celebrate Its 40th Anniversary