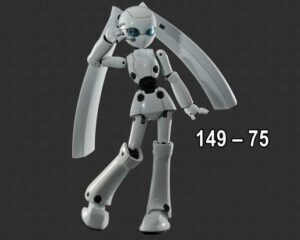 What’s that you say? Cortana, the NFL-picking AI, got 13 out of 16 games correct in week 15 of the 2014 football season? Well, virtual hats off to Cortana and bless her pretty little algorithms (so cute).

Once again, when I did my picks and cross-checked them against Cortana’s picks we were pretty much in agreement on just about every game so I tagged three games that contradicted her picks as possible upsets. I then picked two (Tampa Bay and San Francisco).

I really didn’t expect San Francisco to win but I figured if they somehow managed to upset Seattle I would have picked up a point on Cortana and it would have made the last games of the season more exciting. But now that the 49rs are officially out of the playoffs they can focus on the off-season task of dismantling of a potentially great team. Sigh. Maybe they should get together with Chicago, put everyone’s name into a hat and pick new teams.

Now Jim Harbaugh theoretically has an offer from the University of Michigan that would net him roughly $8 million a year but rumors have been spreading that he might be interested in a quick paddle over the bay to coach the Oakland Raiders since he wouldn’t have to move his family. My only question is – why would anyone in their right mind want to coach (or play for) Oakland? At least not until your career is officially in the toilet and it’s the only job you can get. (“Welcome to the Oakland Raiders organization! Here’s your parking space. Here’s your locker. And here’s your pink slip. We’ll just fill in the date later.”)

My third pick – and the one I should have chosen – was the Buffalo win over Green Bay. I’m not sure what Aaron Rodgers thought he was doing against the Bills but it certainly wasn’t trying to win a football game.

At least Cortana and I agreed that picking the Browns with Johnny ‘Football’ Manziel starting his first full NFL game was not a good bet and sure enough he made a bunch of rookie mistakes and the Bengals spanked them.

So week 16 is upon us and I’m going to have to make up some serious ground if I want to have any chance of catching Cortana. I’ve gone through all the week 16 match ups and will only go the same way that Cortana goes if I think the game is a lock. On most of the other games I’m going to pick the team she thinks will lose (and that means picking the 49rs again).

It’s getting harder to pick the games at the end of the season since there are a number of teams that have already locked in their post-season appearances and don’t need to risk injuring key players. So teams like Denver, New England, Arizona and Baltimore might just be willing to let a game slip.

The Interview Won’t Be Released Next Week