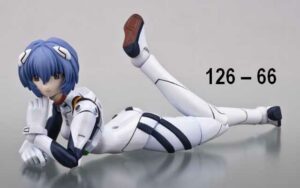 In a world of meaningless statistics and time-wasting endeavors football has to rank up there as one of the most over-analyzed sports around (at least in the U.S.) And these days, with the advent of computer analysis and instant everything, commentators have a blizzard of numbers to toss about that they didn’t have twenty or thirty years ago.

I have to admit that sometimes it seems like they are just making stuff up these days. ‘Such and such has an 8 and 5 record on the road, playing in the rain against teams with ‘J’ in their name’ and other questionable stats like that are tossed about every week. But does it really mean anything?

In this modern era of our beloved gridiron game the end of each season marks the beginning of a massive, league-wide game of musical chairs where it seems like 90 percent of all players and coaches switch teams. Teams that retain more than a handful of players for more than a year or two are rare and players (or coaches) who stay with the same team for more than five or six years are rarer still. So are there still such things as rivalries? Does it mean anything to say that a team has beaten (or lost to) another team 10 or 20 times in the past?

Every year, every team is virtually a completely new team with new players and new coaches so you can just about throw history out the window because it no longer applies.

That doesn’t mean we don’t love the game. Millions of Americans still watch football every week. We still root for our favorite teams and vehemently wish for the worst to happen to the teams we have grown to hate. We all curse the refs when a call goes against our team and praise them when a questionable call happens to go our way. And, of course, we all moan when our QB throws up a lame duck at the end of the 4th quarter and squanders a lead.

So, what does all this have to do with Cortana, the football-picking artificial intelligence created by Microsoft?

Week 13 Cortana picked 10 out of the 16 games correctly bringing her year-to-date total to 126 – 66. Vegas also picked 10 of 16 bringing the bookmakers record up to 125 – 64 – 3 (personally I would put those three ‘no bet’ calls in the loss column since they are a little bit like saying ‘heck, I don’t know.’ Pick somebody, you woosies! Everybody else has to!)

And how did I do this past week you might ask. Well, not quite as good as Cortana (and not quite as bad as week 12) but I did manage to pick 9 out of the 16 games and bring my marginally acceptable total up to 117 – 75 for the year.

Heading into the final few games of the season I think it is going to get more difficult to pick the winners as we head toward the playoffs. Some teams will have everything on the line while other will have nothing to lose.

If you’ve got a replicator why do you need luggage?