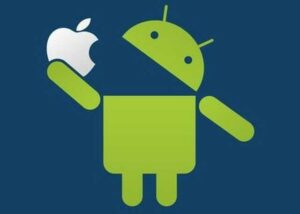 In spite of the fact that Apple had a very good rollout of their new iPhones earlier this year and sold over 178 million units, they are not, as some people might believe, the dominate platform – Android still claims that title and it’s not likely to change any time soon.

According to a recent report by market research firm IDC the estimated number of Android handsets delivered by the end of this year will reach 1.06 billion, giving Android a market share of 82.3 per cent. Apple’s iPhone OS (iOS) will finish the year second with 13.8% market share, while Windows Phone, with an estimated 35 million smartphones shipping this year will be far behind with just 2.7% of the market.

Android is also expected to maintain its dominate position in the tablet markets as well. Android currently has 67.7% of the tablet market, with total Android tablet shipments of up to 240 million by the end of the year, while IDC expects Apple’s iPad shipments to decline by 13% this year.

It’s not hard to guess why Apple’s iPad shipments are off (and it’s not just because all tablet sales are down). All you have to do is walk into a Staples or Walmart or go online and you’ll find literally hundreds of Android tablets selling for anywhere from $50 on up and Amazon’s popular Kindle devices are still selling for between $80 for the basic Kindle up to $199 for the Kindle Voyage.

So you want a tablet to do a bit of web surfing, checking email, watching movies or listening to music. Perhaps you want to read a book or two on the device. If you don’t particularly care about the Apple mystique then your choices are spend about a hundred dollars for an Android tablet or spend three to eight times that much for an iPad.

They both do basically the same stuff. They are both roughly the same size and weight and both have roughly the same screen resolutions, battery life and capabilities. Both app stores are roughly equal and now that Microsoft has decided to practically give away its software you can get the best productivity apps on either an Android or Apple device (or a Windows device if you’ve got one). In the past it might have been easier to synchronize an iPad with other Apple devices but even that has changed.

There really aren’t too many compelling reasons to spend all that extra money for an iPad over an Android device – unless, of course, you absolutely love Apple products (or absolutely hate Android).

Stephen Hawking Would Love to Play a Bond Villain