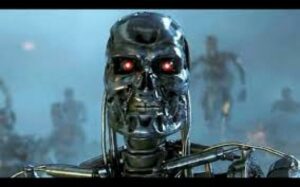 Every decade has its mistakes, often huge ones and virtually no IT vendor is free from them entirely.  Often, even if a vendor eventually believes that there is a major trend, they can still completely miss what is driving it.  Even stranger are the vendors that originate a trend but don’t seem to understand it, meaning that they fail to profit from the disruption they’ve created.   I’ll start with some memorable examples of what happened and then end with what is coming.

IBM certainly saw the risks in the PC market but didn’t seem to understand the need to scale the solution across vendors other than itself and, after separating from Microsoft, dropped out of the market as a result.  Netscape damn near killed Microsoft with the Internet but then decided the future was in enterprise applications and failed miserably.  Meanwhile, Google was built on and succeeded with the trend that Netscape started.  Both Oracle and Sun understood early on that Thin Client computing (what they called Network Computing) was the eventual future, they just had no clue about the PC present and couldn’t get the market to pivot.  (You kind of have to understand thing to replace that thing with something better).

Sony certainly understood the value of personal entertainment but apparently missed the need to focus on making media easy and affordable, and Apple took the market from them.  Apple was the first with hand held computers but it was Palm and Research in Motion (now Blackberry) that built the market. However, both firms were slow to understand the consumer angle of Smartphones and Apple took the market away from them.  Lest we forget, IBM actually had the first large scale commercial smartphone; the now largely forgotten “Simon”.   Digital Equipment (DEC) thought PCs were stupid and wouldn’t go anyplace. Microsoft thought the iPhone was stupid (and they weren’t alone). IBM thought a full featured consumer PC was idiotic and crippled the Peanut while Commodore schooled them, and both Apple and Commodore missed the power of DOS and Windows.

You might think that this all means that technology companies regularly hire idiots to run them, but that isn’t the case at all. Instead,  it is that folks don’t like to retrain in new areas and really don’t like change.  So they refuse to see trends occurring in or emerging from areas they don’t understand. Then they pick and choose to leave out parts of a complete solution thinking they are multiple choice problems when the only right answer is “all of the above.” In fact, that pretty much explains Microsoft’s Zune.

Let’s discuss four current changes that most vendors are either ignoring all or part of that will change the market massively and create the next version of this column in the 2020s.  Note that this is not an exhaustive list.

This is the most obvious change that is coming that technology firms, with the exception of Google which is investing massively, seem to think isn’t happening.  Robots are coming to the commercial market much like PCs did and they will have even more requirements to secure, manage, and coordinate than PCs did. That suggests that tech firms already should have a massive advantage in creating solutions.    This trend is coming from robotic appliances like vacuum cleaners and is moving to drones, manufacturing robots like Baxter, self-driving cars, 3D printers, and a wide variety of both domestic and military configurations.  Once these hit ideal price/demand curves they should move into the market aggressively. If fact, we are already somewhat overrun by personal drones.   But, with the exception of Google (which has a nasty inability to focus), no large firm is well positioned to take advantage of this wave.

Artificial Intelligence (AI) became a near-household word when IBM’s Watson took the Jeopardy title in 2011.  But it is far more limited programs like Apple’s Siri and Microsoft’s Cortana that are closer to critical mass.  Here smaller, almost unheard of firms like Sentient Technologies and Beyond Core are working around the edges to get to scale quickly and Google’s own Deep Mind has made some impressive progress.   As an aside, Google’s work on both AI and advanced robotics is likely why folks like Elon Musk are so concerned about the creation of digital demons at the moment.   But this has the potential to change everything from how we do online searches to how we provide medical care and an integrated solution could easily corner the market on analytics which showcases why IBM is making such a massive investment in this space.   AI technology has the potential to create the next Microsoft and recall how disruptive and eventually profitable that birth was.

The power of social media isn’t the ability to communicate; it is the potential to manipulate.  Applications like Plague, which are designed to propagate ideas and opinions much like a real medical plague does, are coming forward to change how people think.  Apple showcased the power of this approach with Steve Jobs’ turnaround.  He didn’t throw lots of product into the market like most vendors. Instead, Jobs manipulated people into wanting the few products he created and showcased that this model could create margins and company valuation that other firms couldn’t touch.   From controlling what people buy to controlling who people work for, this trend will have the power to change the world by changing how people think. Consider how Facebook seems to be actively experimenting with its users in order to develop this capability.   I’m sure they aren’t alone.

Consolidated Converged Datacenters in A Box

The irony is that this idea is basically what a mainframe was and yet the vendor leading this march is currently VCE, not IBM.   The core concept is to basically start over and build a datacenter just like you might have built a PC or a server, as a consolidated unit handling all computing, applications and communication services including security.   VCE’s near vertical rise via sales of its Vblock solutions is testament to the power of this concept yet you don’t really see IBM positioning their System Z against this opportunity nor do you see other vendors creating offerings that are that similar even though everyone has to be aware of the massive benefits that users are reporting.  Interestingly the first time (since IBM) I’d heard of this concept was from Microsoft and folks seemed to think they were crazy.  VCE certainly showcased they weren’t but VCE has at its heart VMware not Microsoft.   Though I expect we’ll eventually see  a Microsoft Vblock-like product.

History is being written constantly and a lot of powerful vendors will be on the wrong side of the next massive technology wave much like there were a lot of vendors on the wrong side of the waves before.  I expect, like the last time, some of the vendors that fail will be those that actually started the next wave because there were parts of the puzzle they simply didn’t want to understand.   Watching the next Apple, Microsoft, Netscape, or Google rise up and surprise these vendors again will be painful, particularly for those that don’t survive the changes that are coming.

You kind of wonder if this is something that AI will fix; our recurring inability to anticipate seemingly obvious technology trends and/or create complete solutions that actually help firms to ride the coming technology waves rather than suffer the more common destruction by them.  Something to noodle on over the holidays.