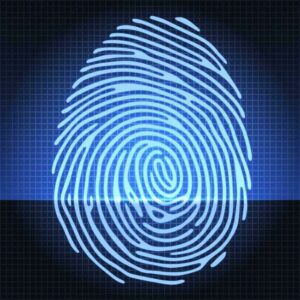 A Virginia Circuit Court judge has ruled that a criminal suspect can be compelled to give up a fingerprint to unlock a device but passwords and passcodes are protected by the Fifth Amendment.

It’s a subtle distinction (some would call it splitting hairs) but the underlying rational is that the Fifth Amendment states that “no person shall be compelled in any criminal case to be a witness against himself,” or as it states in the Miranda code “you have the right to remain silent.” In other words you cannot be forced to testify against yourself or provide information (such as a password) that could be self-incriminating. Information is something you know, but a fingerprint (or DNA sample or retinal scan or handwriting sample or bite impressions or even your image) is part of who you are and those things are not protected under the Fifth Amendment.

Fifth Amendment rights can be rather confusing and there are all sorts of loopholes and exceptions but as technology advances these and other constitutional rights are going to be tested in ways that no one could have anticipated.

I tend to agree with Judge Fucci on this one. A person should not be compelled to divulge information they have in their head if it may lead to possible conviction of a crime but, when it comes to things like DNA or fingerprints a person should not be allowed to withhold evidence even if it could result in criminal prosecution.