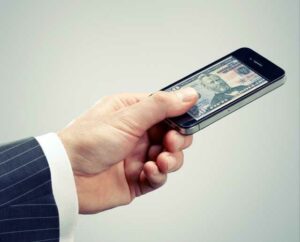 Just this week Rite Aid and CVS opted out of the Apple Pay system and shut down their near-field readers (a move that also disabled Google Wallet and Softcard payment systems that already use the same technology).

When asked about the vendors that aren’t going to use Apple Pay Tim Cook, Apple’s CEO fired back saying “In the long arc of time, you’re only relevant as a retailer and merchant if your customers love you.”

Many tech writers have criticized the move by Rite Aid and CVS all but saying that the companies are ignoring the future of digital payment systems by snubbing Apple and that ultimately they will either have to succumb or risk losing all their customers.

Apple Pay may be one of the more popular new tech toys to surface in the past month or so at least with the Apple crowd but it’s not the only possible solution no matter how cool iPhone users might think it might be. Some businesses have rejected the technology most likely because they are on the verge of rolling out their own system called CurrentC developed by the Merchant Customer Exchange (MCX), a merchant-owned mobile payment company. Some of the other big hitters in the MCX camp include Best Buy and Walmart who have already said they won’t be implementing Apple Pay in any of their stores.

I don’t really care which of the competing payment systems win out in the end as long as making purchases doesn’t result in millions of stolen card numbers showing up on the black market.

What I don’t understand however is why people are so hyped up about giving Apple even more of their money than they already get.

Apple is going to make a profit off every single transaction made using Apple Pay. Granted it’s not a lot – a few pennies for every dollar spent. But according to Forester Research the mobile payment market could go from $12.8 billion in 2012 to $90 billion in 2017. So those few pennies are going to add up to a fairly substantial amount of cash…for Apple that is.

So you go out and plunk down $600 or $700 for a shiny new iPhone and then every time you use it to buy anything – not just more Apple products – Apple still gets a cut. They are going to be making money off their customers years after they buy the iPhone.

Why exactly is that a good thing? Because it’s Apple and they deserve as much money as they can get? I don’t think so.

When I pay for something with a credit card I understand that they are going to charge me somewhere along the line. And even if they make their profits by pushing the charges to the merchants, those merchants are just going to turn around and jack up their prices to cover those costs. But just because I buy an expensive wallet to carry my cards in doesn’t mean the wallet company deserves a cut every time I whip out a card to buy something.

Why doesn’t Apple just set up a direct deposit system that iPhone users can sign up for at work that automatically deducts a percentage of their paycheck every month and sends it directly to Apple’s bank account. Perhaps they could call it something like Forever iPay.

Game of Thrones Vs Lord of the Rings: Quien Es Mas Macho?

Apple Pay vs. CurrentC: Rite Aid and CVS Are Screwed