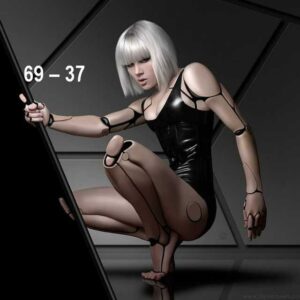 Fair Cortana’s remains strong as the NFL season progresses. The sexy-voiced AI hath picked 11 out of 15 NFL week 7 winners (and so did Vegas by the way).

As intrepid adventurers like you and I crawl through the dark caverns of the NFL trying to catch precious drips from the stats stalactites clinging to the dome rafters overhead Cortana with her gleaming sword of decision sails through the vaporous cloud far above touching numbers, messages and ethereal bits of insight with her carefully constructed algorithms.

She floats from team to team searching for strengths, weaknesses and probabilities we mere mortals can only aspire to partially comprehend. When the stars, starters, and IR reports finally align she makes her choice and the name of that team is writ on the Interweb for all to see. She then takes up the quest again and again until all games, Thursday’s, Sunday’s and the Monday night matchup, have been assessed and her picks are finalized.

I, on the other hand, have little in the way of magic armament. I have not the ability to soar through the ether. I have no gleaming sword of decision. Rather, based on the fact that I only managed to pick 5 out of 15 winners, I fear my magic lantern needs new batteries and my slightly bent wand of choosing has some sort of curse on it.

So Cortana’s gleaming record stands at 69 and 37, Vegas at 70 and 36 while I have begun to slip into the dungeon of despair with a mere mortal’s record of 62 and 44.

Sigh. Perhaps next week I’ll come closer to matching the otherworldly voice that is Cortana.

Another Promise of a Hoverboard