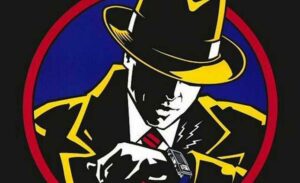 Rumors have been flying around that Microsoft will begin shipping a wearable smart-watch device sometime in the next few weeks.

There’s not a lot of concrete information available yet – such as exactly when it will ship, what it will look like, what it will be called or how much it will cost (heck, we don’t even know if it will tell time).

About the only details that seem to be probable are the fact that it will supposedly work with Windows Phone, Android and iOS devices and that it is expected to have a battery that will last for up to two days.

Other than those vague tidbits there isn’t a lot more information about the new device.

We can assume, I suppose, that the Windows watch will track heart rates, distance walked and if tethered to a smartphone it might track GPS location and alert users of incoming phone calls and messages. Not sure if you will be able to make calls through the watch or if it will have other features that some of the other smart watches on the market have.

The ability to connect to devices using multiple operating systems is definitely an advantage over competing products but it still means you are tethered to a smartphone so it’s still little more than a souped-up wireless headphone with a few extra sensors that you wear on your wrist.

And, as everyone in the smart watch business knows, beauty really is skin deep and if the device looks like a clunky geek toy yet costs as much as a laptop most people won’t buy one.

Microsoft definitely doesn’t have the same reputation for producing stylish products that Apple has. And they certainly don’t have the loyal hoards of devoted faithful who will stand in line to buy their latest and greatest products.

But hey, maybe connecting to multiple devices will be the magic piece of the wearable puzzle that everyone else is missing.