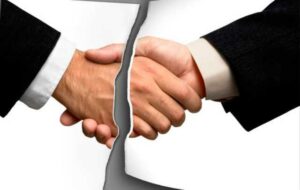 GT Advanced Technology, the manufacturer of sapphire screen materials for Apple’s smartphones, filed for bankruptcy a few days after Apple unveiled their new iPhones last month. The new iPhones don’t have sapphire screens, instead they ship with Corning’s gorilla glass.

It was a bit of a surprise when it happened since Apple had invested something like $578 million in GT but went with another supplier at the last second.

Rumors had it that the financing deal between Apple and GT contained some pretty nasty conditions and severe penalties if GT slipped up. There was also a clause in their arrangement where GT would have to pay $50 million in damages if they revealed any of the details of their deal.

Earlier this month bankruptcy Judge Henry Boroff ruled that GT could file (under seal) a declaration believed to contain details of the Apple deal.

GT said it will be closing its Arizona and Massachusetts factories and seeking court permission to walk away from “oppressive and burdensome” contracts with Apple.

Apple petitioned the court to file its reply to the contract-rejection motion (also ‘under seal’), “in order to protect the confidential commercial information contained therein and to comply with the terms of its confidentiality agreements with GT.”

Just hours before the matter was set to be heard, GT, Apple and the newly appointed official committee of GT’s unsecured creditors agreed to delay the substantive parts of the secrecy challenge to Oct. 21.

I’m not sure exactly what the details of the Apple/GT deal were but it reminds me of a similar situation back in the early ‘80s when Commodore placed a gigantic order for processor chips with a small company in Pennsylvania. The company used Commodore’s order to secure financing to build a brand new manufacturing facility. When it was finished, Commodore canceled the order and the company went bust. Commodore then stepped in and bought what was left of the company for pennies on the dollar and ended up with a brand new chip manufacturing plant.

Something tells me that we won’t be any closer to learning the truth about the Apple GT deal on October 21 than we are now.